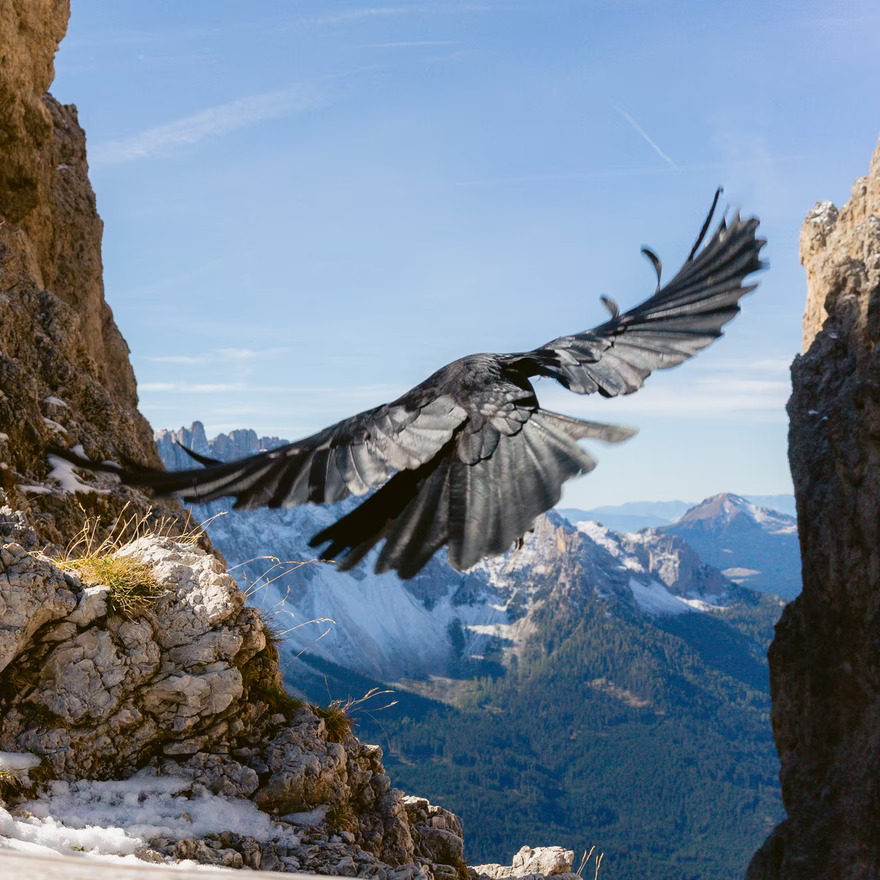 Crows are highly intelligent and have been known to exhibit a host of mischievous and infuriating behaviors. They steal food, destroy crops, upend garbage cans and often chase around after other birds.

If you’re a birdwatcher, you might have seen a crow determinedly tailing a hawk in the sky. Crows often attack hawks in the sky, seemingly for no good reason.

This is mainly because crows feel threatened by hawks and attack them as a preemptive measure. Hawks are a predatory species. They might have no intention of attacking the crows, but the crows will still perceive the imminent threat and take the chance to strike first.

Why Do Crows Attack Hawks? 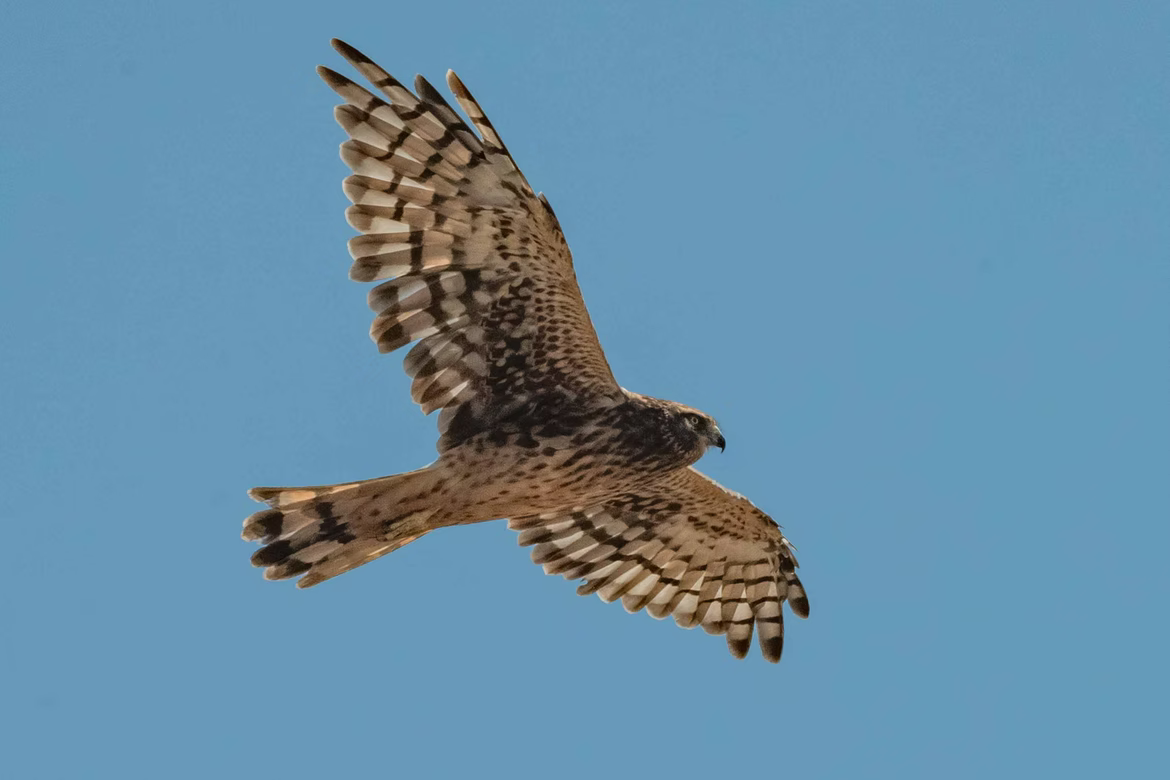 This habit of crows chasing after hawks is known as mobbing. Mobbing has been observed in many birds like sparrows and ravens too. The small-sized birds will chase after a large bird like a hawk and attack them.

But why do crows attack a much larger quarry like a hawk? To understand why crows chase hawks, we need to understand mobbing and why crows do it.
Mobbing is an evolutionary response triggered by a survival instinct. The presence of a large bird whose size often indicates a predatory nature, causes the smaller birds to go on the offensive to protect themselves.

This is especially in areas where the crows are nesting. They do not want any large predators in the immediate surroundings of their eggs and young ones, so they drive them away as soon as possible.

Hawks are usually perched somewhere or minding their own business when crows mob them. It always looks inexplicable, but since crows are highly intelligent creatures, there is definitely a logical reason behind their behavior.

Mobbing is exhibited by many birds across the animal kingdom. Smaller birds have learned that strength lies in numbers and use it to ward off what they perceive as danger.

When a smaller bird spots a predator like a hawk, it starts to sound alarm calls to inform the other birds of the flock. All the birds in the area swoop in on the predator and start to physically attack it.

The attack can be a mild annoyance or pecking aimed to hurt, it depends on how dangerous the predator appears. Some coastal birds even vomit or drop poo bombs onto the predator to drive it away.

Sometimes, the victim of mobbing is forced to land because of the sheer volume of bodily fluids weighing it down.

Mobbing is not limited to birds. Many animals also mob their would-be predators to ensure their safety.

The element of surprise is often a key ingredient for a successful kill. The birds mobbing the bird first emit loud calls to expose the predator and proceed to attack it to secure themselves.

The sudden attack by a large number of birds is meant to chase away the predator to a distance. It is usually meant to hurt to kill the predator. In most cases, it might not be possible at all. Any hurt suffered by the predator is usually superficial.

There is typically an increase in mobbing incidents during the mating and breeding season, as crows are eager to protect their mates and offspring. 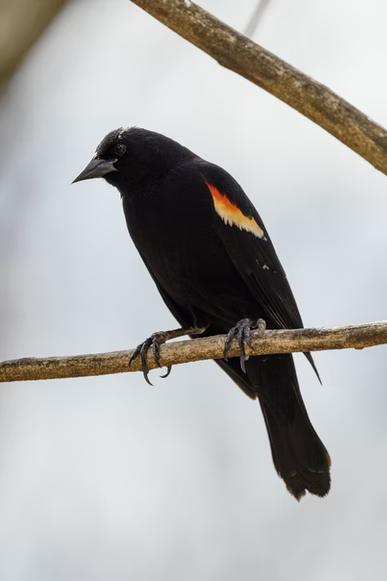 While there are really no distinct types of mobbing, there are different situations and methods in which birds mob potential predators.

The most common kind of mobbing is when the smaller birds chase the larger bird out of their territory by emitting loud noises and swooping down to attack it. Once it is at a safe distance, they leave it alone and return home.

Some birds practice a more aggressive form of attack while mobbing. The red-winged blackbird is notorious for pursuing larger predators very aggressively.

It does not limit itself to other birds, it will attack humans too if it finds them threatening. If you get too close to one, it will attack you and sound the alarm for others to join in. Sometimes birds of other species will also come together to mob a predator. 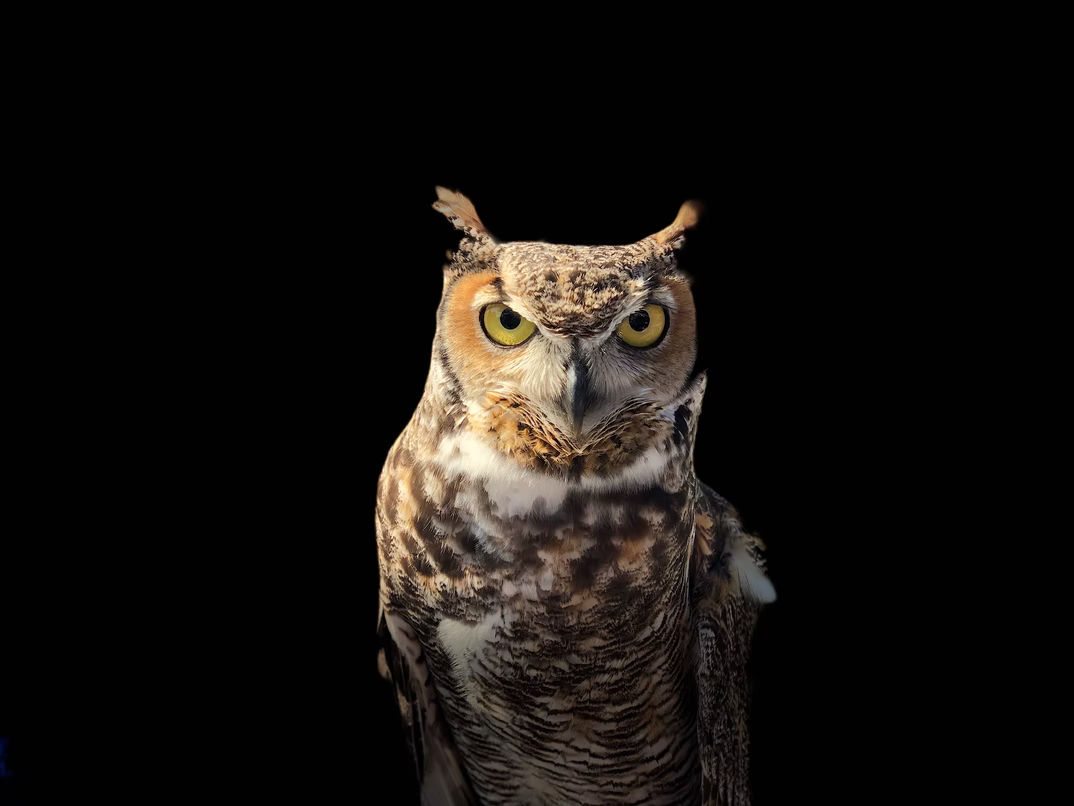 Apart from hawks, owls are another bird constantly targeted by smaller birds like crows. Smaller birds are aware that owls hunt at night and understand the dangers of having one in their vicinity.

Sometimes, crows might mob a larger bird just to show off. They want to convey to other birds that they might not be as large or as powerful as a hawk, but they still shouldn’t be messed with.

What Do Birds Perceive As a Threat?

Birds don’t just mob other birds. They will mob anything and everything that they perceive as a threat.

These are usually larger birds, but threats also include domestic animals like cats and dogs, wild animals like foxes, snakes and, at times, human beings too.

Birds are social animals and learn behaviors from each other. When they see other birds mobbing an animal, they learn to mob it too. There have been instances of birds collectively mobbing non-living things like statues or street signs.

It is also clear that mobbing is not limited to predators. Crows do not have any usual predators other than the goshawk, but they mob many large birds and animals too.

This suggests that unfamiliarity and wariness of the unknown is also a factor in mobbing among birds.

Birds like cuckoos and herons who are not predators, but share many common characteristics with them are often on the receiving end of mobbing by many species of smaller birds.

Why Do Hawks Put Up with Mobbing?

Hawks are a lot stronger than crows. Yet, we hardly ever see them retaliate or fight back. Sometimes when they are mobbed when they are perched, they don’t even bother to fly away.

When the mobbing escalates, the hawk just flies away. Which begs the question—why don’t hawks ever fight back? 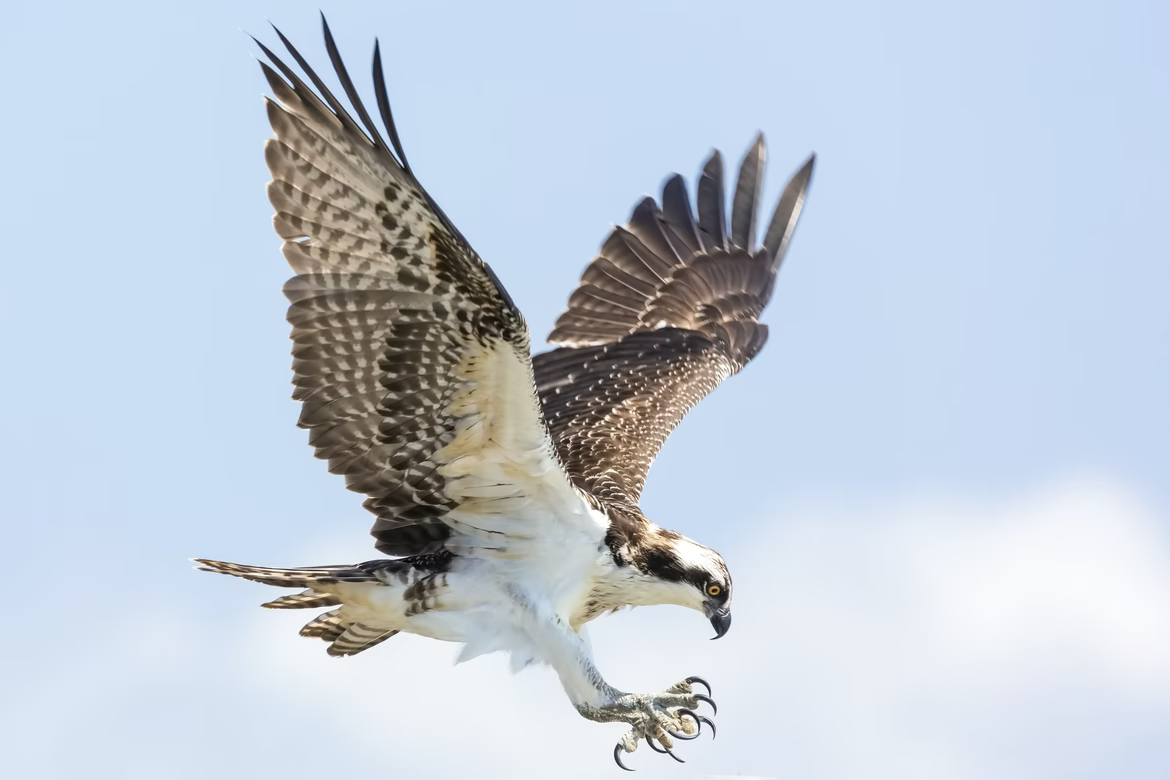 Crows are so much smaller than hawks don’t really consider them prey. Thus, it isn’t worth the effort to attack and eat such small prey.

Secondly, hawks aren’t that aggressive. They attack prey, but otherwise, they mostly keep to themselves. Evolution has bestowed birds of prey with the ability to make logical decisions regarding hunting and what they spend their energy on.

Hawks can overpower crows with sheer strength, but crows are much more clever and agile. If attacked, they may be able to save themselves. The hawks realize this and do not want to waste their energy on retaliating against crows.

It is no secret that a hawk would make short work of a crow if it really wanted to. If a hawk catches a crow, it is pretty much over for the crow.

Is Mobbing Dangerous for Hawks?

Mobbing is usually harmless. Crows are not strong enough to seriously harm a hawk. It is very rare for a hawk to get hurt during a mobbing.

If you’ve ever seen a large group of crows chasing after a hawk, it might look like a savage affair but it is pretty normal behavior among birds.

When a large group of small birds attack and chase away a predator, it is known as mobbing. The predator may have no intention of attacking, but the birds perceive it as a threat so they chase it away to protect themselves.

Mobbing is not limited to other birds. Small birds often mob other animals or humans if they appear threatening. It is usually harmless and only meant to drive the predator away to a safe distance, but some species of birds can cause serious harm too.

Hawks are usually not bothered by mobbing and usually choose to remove themselves from the situation rather than retaliate in kind. This is because to them, attacking crows is not worth the energy.

However, if they were to retaliate, the crows would stand no chance against a hawk. This is usually the case with mobbing across species—the predator simply leaves instead of engaging with the animals mobbing it.