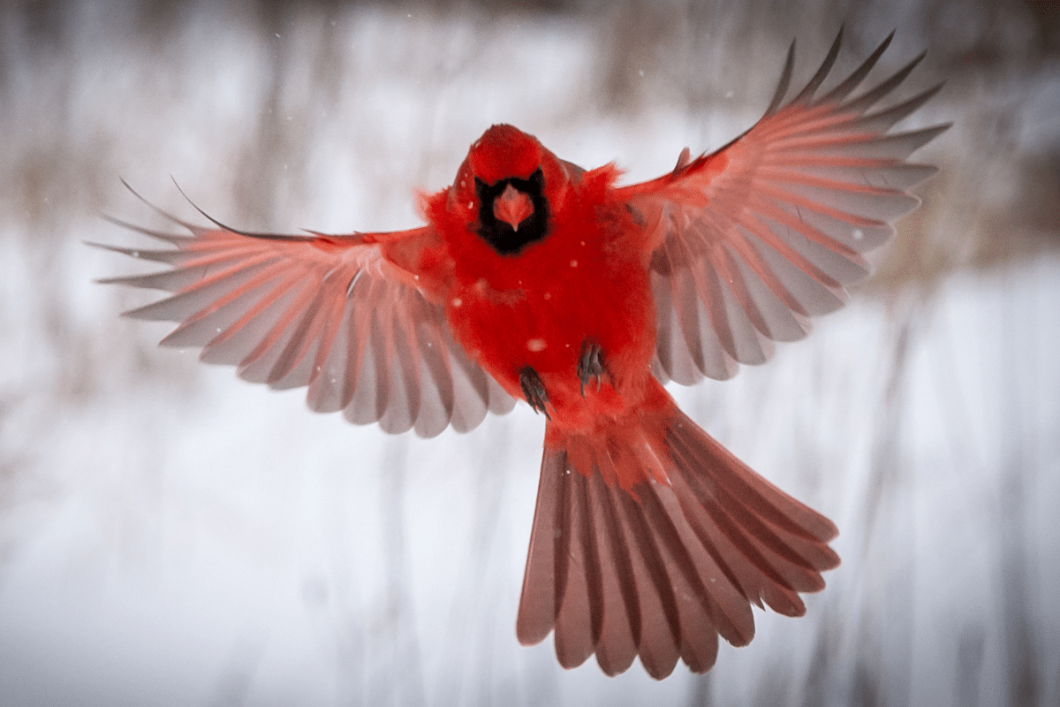 If your house is full of windows, you have probably seen cardinals flying directly into them; you might even hear loud bangs because of them. Have you ever wondered why they do this? Cardinals flying into the windows have something to do with their instincts, and there are tips on avoiding them from continuously lunging to windows.

Cardinals are territorial birds. They hate it when they see other birds of the same species within their territory. When they see windows, they see themselves as a reflection of an intruder. So they attack by pecking at the windows to chase their reflections away.

So to prevent cardinals from flying directly into your windows, read on!

Are Cardinals injured when they fly into the windows?

When cardinals fly directly into windows, they may end up injuring themselves. While seeing cardinals attacking windows is common, what they do is not entirely fatal. When cardinals feel that they are not successful in driving their reflections away, they just give up and fly away.

Although flying into windows is not fatal, remember that continuously pecking the window can harm a cardinal’s beak. The consistent and continuous pecking of the cardinal can lead to an injured beak, and an injured beak can cause eating difficulties.

When cardinals are too violent in attacking the window, they may get injured in some more serious cases. Some injuries may involve internal bleeding and bruising, which can be fatal to cardinals. Aggressive window attacks can also lead to the death of cardinals.

You can do something for them to avoid cardinals getting injured and even dying because of flying into windows. There are tips and techniques that you can try for your windows to avoid and prevent cardinals from being all territorial and then go attacking their reflections.

How to prevent Cardinals from flying into windows? 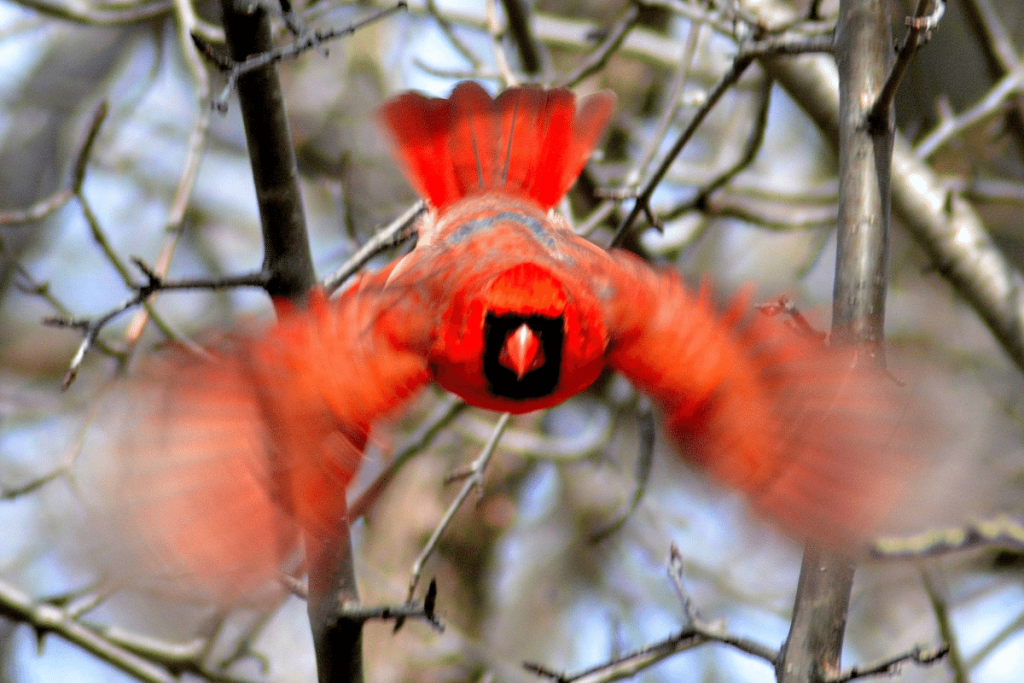 Cardinals are very persistent birds. When they are unsuccessful at driving their reflections away, they will keep attacking and pecking the windows until it feels that they have triumphed. They will not care about the injuries that the attack may cause. And as a human being, there are ways you can do to prevent them from flying into your windows.

In the daytime, when the sunlight is very bright, you can cover your windows. You can either draw the blinds or drape a cloth over the windows. It would prevent the sun from shining and reflecting on the windows, preventing birds from seeing their reflections.

When cardinals are constantly attacking your windows when you are asleep, you may get irritated and anxious about the sounds they make. What you can do is cover the outer side of the window. You can use a painter’s drop cloth to do this. This type of cloth is readily available in any local hardware store or mall.

Use A Painter’s Drop Cloth

A painter’s drop cloth has a cloudy plastic texture; the texture ensures that the light can still enter the room. However, the cloudy appearance of this cloth will limit any reflection on the window, so the cardinals would not see themselves anymore. You can attach the cloth at the top of the window and let it free fall.

Since the drop cloth is only attached at the top, winds can cause it to make flapping noises which can also scare the cardinals away.

Other Tips to Stop Cardinals from Attacking Windows

Park in a Shaded Area

Aside from house windows, cardinals may also attack car windows. When you have a car, it’s recommended that you move your car to a spot where the sun will not shine through. You can park your car inside your garage where it is always dark.

If this is not possible, you can also cover the car windows by attaching opaque paper or grocery bags. Just always remember that the goal is to prevent cardinals from seeing their reflections. Ensure that your car windows are not directly under the sun, and also make sure to cover them with a cloth or any opaque bag.

You can also draw invisible lines or hang reflective tapes on the window. The main objective is to break the reflections so that cardinals will only see these windows as another object.

Cardinals are living things too.

Even though cardinals constantly attack people’s windows, they mean no harm. They are just territorial birds who are protective of themselves, these are traits wired into their DNA. Nonetheless, It is also our job to prevent these birds from flying into our windows and hurting themselves as human beings. The ways to do this are pretty much very simple.

Let us all work together to prevent cardinals from attacking windows.