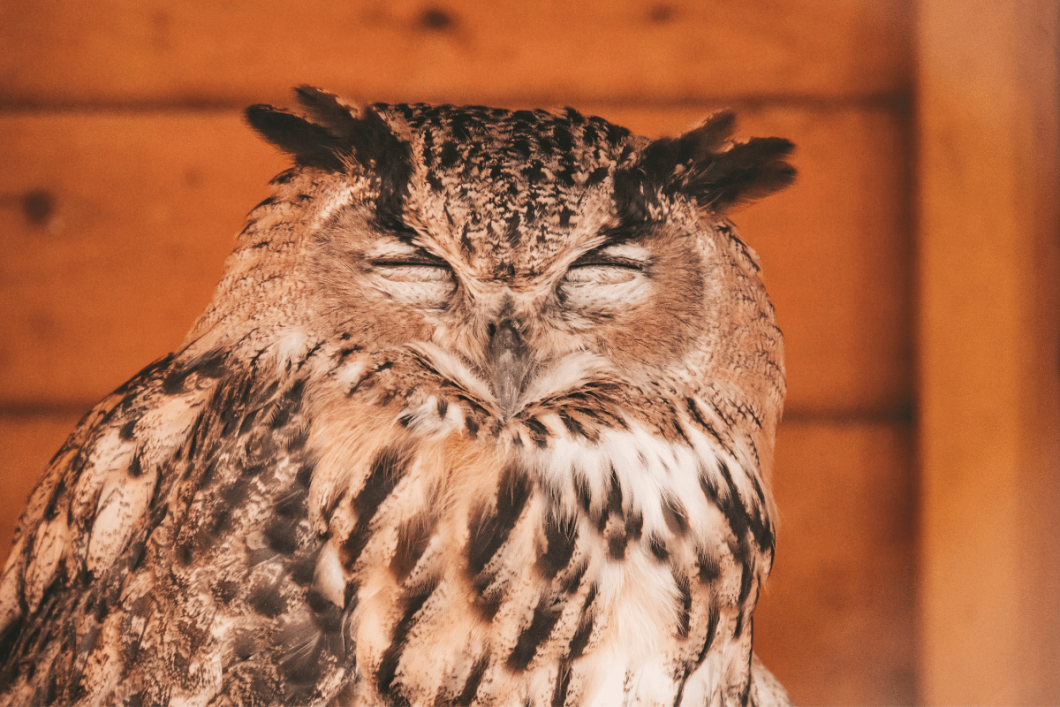 Owls sleep in crevices, deserted structures, hollow trunks, or tall trees in their natural habitat. They are rarely spotted resting in sites populated by humans during the day because they are nocturnal and don’t usually come out until dusk.

While you may be familiar with the sleep cycle of owls, you’re probably wondering where they sleep. There are some factors to consider, not to mention their unique sleeping style. If you’re interested in learning more, keep on reading.

The Places Where Owls Usually Sleep

You can find owls sleeping in several locations. Owls choose to sleep mainly on tree branches, although they’re also found sleeping in hollow trees, abandoned houses, crevices, and chimneys. Owls usually sleep, live, and hunt alone, unlike most birds that tend to do these all in groups. During the winter, the majority of owl species sleep in a group. However, some owl species sleep alone.

During the breeding season, owls sleep separately, close to their nest on a tree branch. However, owls usually seldom sleep in the nest, preferring to sleep about or near the nest throughout the mating season. Owls are good hunters but not nest builders, which is why they don’t build their nests and instead take hawks, falcons, eagles, and other animals’ nests.

How Do Owls Sleep 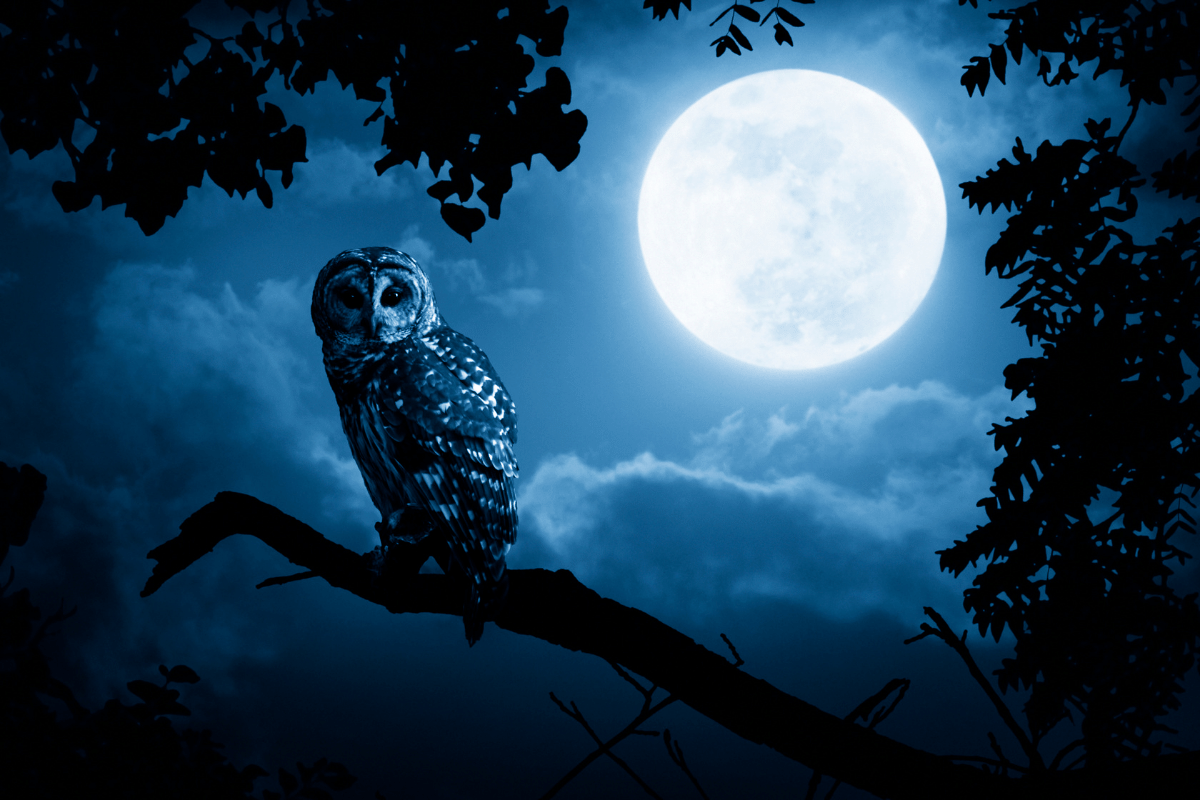 Owls, especially owlets, have a unique sleeping style. While owls do not sleep at night, they do so in a very peculiar way during the day. An owl sleeps with its head forward and stands on one or both legs, with claws firmly gripped on a tree branch. Owls sleep with their bodies slightly slouched and facing forward when perched. Surprisingly, they can sleep with their heads rotated up to 270 degrees without cutting off their brain’s blood flow.

When they sleep, the bottoms of three eyelids rise; when they are awake, the others are utilized for blinking and cleansing the eyes. According to studies, owls may sleep with one half of their brain awake while the other is asleep.  When night falls, the predators normally awaken at dusk and begin hunting for bugs, tiny rodents, and other prey. Baby owls, on the other hand, sleep uniquely and interestingly. Because their heads are too heavy to hold up, baby owls sleep face down or sideways on their bellies, just like a sleepy person.

Until they reach full maturity, these tiny birds are unable to hold their heads. They will sleep with their heads erect once they have gained strength and control over their bodies.

When Do They Sleep 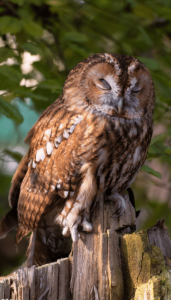 Unlike most birds, owls sleep throughout the day and are most active at night. When dusk falls, the nocturnal animals begin their day, and owls become active as well.  Most owls are nocturnal creatures, yet they are nevertheless very aware during the day. They can hear even the tiniest sound and twist their heads up to 270 degrees. However, they take short naps during the day, but they do it fast, falling asleep in as little as 11 seconds, and, like dolphins, they sleep with one side of the brain while keeping the other half awake. In this fashion, they can sleep while remaining alert to predators.

In addition, not all owls are nocturnal owls. There are two other classifications of owls based on their sleeping pattern. There are crepuscular owls who spend most of their time awake between twilight and morning and hunt at all hours of the day and night. Diurnal owls, on the other hand, are the polar opposite of nocturnal owls. During the day, they are the most active owls. They, like other animals, sleep and replenish their batteries at night. A great way to tell if an owl is nocturnal, diurnal, or crepuscular is through its eyes — they have black, yellow, and orange eyes, respectively.

Can You Keep An Owl As A Pet?

In many parts of the world, keeping owls is prohibited. Only a registered and bonded professional raptor handler can keep owls for rehabilitation, requiring a permit and rigorous training. Those who choose to ignore the law and maintain an owl despite it face a slew of additional issues.

If the bird becomes unwell, you will almost always have no choice except to take it to a raptor veterinarian since your average vet isn’t equipped to care for these incredible creatures. Bringing the owl to any veterinarian runs the owner’s risk of being caught and slapped with a fine or thrown to prison. This can cause innocent owls to die when they fall ill in illegal captivity.

Owls sleep in crevices, derelict structures, hollow trunks, or lofty trees in their natural habitat. They do not reside or sleep in groups, preferring instead to sleep alone and carry out all of their activities independently.

Because owls are good hunters but not nest builders, they don’t build their nests and instead take hawks, falcons, eagles, and other creatures. Although most owls are nocturnal, they are quite observant of their surroundings during the day. Owls are divided into three groups: nocturnal, diurnal, and crepuscular, based on their sleeping habits.

Remember that owls can only be kept for rehabilitation by a licensed and bonded professional raptor handler.