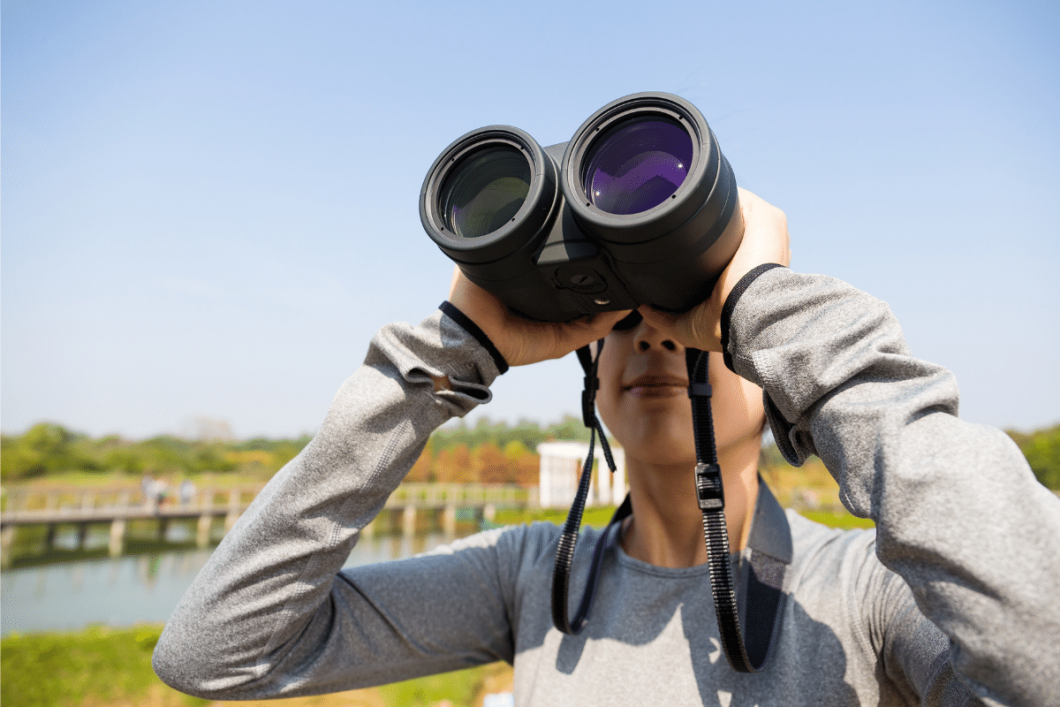 When you think of birdwatching, the first thing that comes to your mind is a pair of binoculars and (mostly) old people. What we know most about this activity is that it is hours of sitting in the woods and waiting to see birds.

While that is a part of it, that’s not all of it. Hobby or sport—and we’ll get to that in just a minute—there is a lot of homework one needs to do to enjoy or be good at birdwatching. From having the physical stamina to wander across meadows and mountains to having information about the birds you are expecting to spot, there is a lot that goes into this special activity.

A lot of people are getting curious about nature and that has led to an increase in the levels of interest in birdwatching. Enthusiasts are willing to go miles, head up mountains and trek for hours just to get a glimpse of a little birdie. And yes, some of them come equipped with a telephoto lens on their cameras too. For some, it’s a matter of capturing their moment of pride and for others, “it’s not real if you can’t post it online”.

The Difference between a Sport and a Hobby

Let’s break it down.

How do we define this? In its noun form, it is some kind of a physical activity where a single individual or a team competes against another person or a team for a prize.

What about this one? In its noun form, a hobby is defined as something one does from time to time during their free time to help them relax. So, essentially, it’s not your job and it is done for fun.

Now, if you have ever played any sport, you know that the primary objective is to win. No matter all the people who say it is about having fun and as long as that happens everyone’s a winner. That’s because winning is the way to become successful and accomplished, especially in a professional setting.

When it comes to birdwatching, here’s how it works. If you have a peripheral interest in the activity and you love looking at the birds that visit your garden, loosely speaking, you are still considered a birdwatcher. More so if you do this with a pair of binocs. But that’s not a sport because you are not competing for anything against anyone. That’s your hobby.

So, one way to determine this is based on what you do with it. But if you want to look at it in stricter terms, here’s what makes or does not make birdwatching a sport. Take a look.

Side bar: Birding is not the same as birdwatching. We’ll get into that briefly in the end. 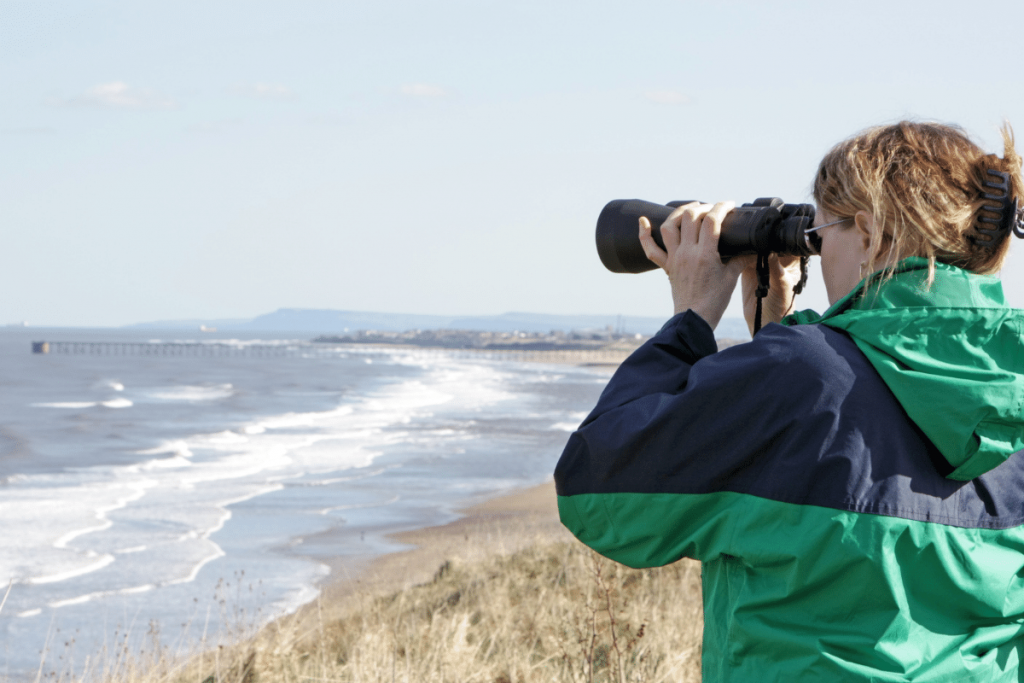 We have looked at the dictionary meaning of both the words hobby and sport. But here’s essentially what it boils down to.

So, does birdwatching meet these criteria? Let’s take a look.

Of course, you need skill. This starts with the part about homework mentioned a little while back. You need to go equipped with a whole lot of information about birds. That includes knowing about the many species, each of their habitats, migratory patterns, the birds’ general behavior and more. You have to do all the research and be able to recall it when you spot a bird because that’s how you identify it.

Sometimes, you need to be able to identify the bird just based on the sounds they make. None of this is as easy as it seems to be. And your peripheral vision needs to be strong too.

One of the conventional ways of determining if an activity is a sport is to be able to join clubs and leagues. These are usually present in major cities, states and countries. These leagues and clubs usually conduct competitions with other leagues and clubs for the reward of a trophy or a title, sometimes both.

Now, birdwatching does not have clubs or leagues except informal ones. But, bird watchers often form groups and associations where they get together and plan trips. Typically, these groups are connected to conservationists in the region who help beginners go about birdwatching through seminars or informal meetups.

American Birding Association and American Ornithology are a couple of popular names for serious birdwatchers. But if you are a beginner looking for a more local group, it is not a bad idea to Google local birdwatching groups to see if there are organizations that can get you up to speed.

If you think that birdwatching is mostly about laying down and waiting for a bird to show up, you are so mistaken. Whether it’s a hobby or a sport, birdwatching requires you to spend a lot of time walking around in a park or the woods. These areas typically have different types of terrain that are neither smooth nor leveled.

A lot of times, you will have to walk long distances for a long time. This is a classic bird watcher requirement. If you can’t do this, you will be at a loss because the interesting birds are usually not lurking around the first tree that can be accessed by humans.

So, if we are looking at physical effort and stamina, birdwatching certainly qualifies. But some argue that the kind of physical activity that comes with birdwatching is not aggressive enough.

However, even they admit that going through tough terrain looking for a bird is not something that can be done easily or without practice. And add to that, the fact that there is no way to tell how far one needs to go or for how long which makes it all the more exciting, sure. But that is also what makes it very taxing.

Now, we’ve talked about birdwatching being an enjoyable activity during one’s leisure time. But to qualify as a sport, an activity also needs to have professional options, right?

Birdwatchers don’t have to be disappointed because there are a few avenues where this can be done professionally. For instance, those who have dabbled in ornithology have a very good chance at putting this information to good use. One can assume that they would be really good at leading expeditions, writing beginner guides and more.

However, at the moment, those gifted with all the ornithology expertise are not coveted like the athletes we see so often on our television screens. There aren’t shows dedicated to this “cut throat” sport and we don’t get enough insight that inspires us to grow up to be birdwatchers.

The best we get is a few jokes in Brooklyn Nine-Nine in a scene featuring a security guard and Gina that one time she was trying to distract him and recently from Captain Holt and Kevin when they were fighting.

Unfortunately, birdwatchers—professional or otherwise—also don’t get paid like other sportspersons do.

This is perhaps the biggest factor. If there are no sports for professionals to compete with each other, can we really call an activity a sport? Highly unlikely, right? And if we do, the reasons will have to be pretty strong.

When it comes to birdwatching, here’s how it works. Birdwatchers are not tracked to see the extent to which they have traveled to try and spot a bird. They are also not timed because that’s not how the activity works.

There is physical effort but it is not exactly a race of any kind. So, how do you compete? And what would you even win a trophy for? And if you want a sponsor, what would they get? You’re not Indiana Jones bringing the arc back.

Does that mean birdwatching is not a sport? Not so fast.

There is an annual event that has been in place since 1984. It takes place in May every year and is called the World Series of Birding. This is a 24-hour event that is like a treasure hunt.

The goal is for all bird watchers to find as many birds as they can in a given area and identify them within 24 hours. Over time, this event has garnered a considerable amount of attention from the media and has even raised money for conservation efforts. And that’s the primary objective of the event too.

The website for the event exclusively states that there are no winners and losers. That’s right, the prize that all participants win is the satisfaction of having been a part of raising money for a good cause.

There are three divisions for competing teams. In the one conducted in New Jersey, participants could register for:

The participants will be judged based on the specific species they were able to identify, the number of individual birds they identified and the carbon footprint readings registered during the treasure hunt. There is no prize money.

There are a few other competitions but overall, this is the most popular one, which weakens the case for birdwatching to be a sport. But the same can be said about hunting which is considered a sport.

In general, the prize of being a birdwatcher is to be able to log a good number of birds one has identified in their lifetime. The rarer the bird, the better the individual’s record.

And finally, every sport has a set of rules that participants need to follow. The American Birding Association has a few of these which tells the enthusiasts how they can approach the birds. These are the rules.

So, birding comes with a set of rules for those who take the activity seriously. You must submit your findings to the ABA’s Listing Central following these rules. Some of these rules have interpretations and there are parameters for that too.

Is It the Same as Birding? 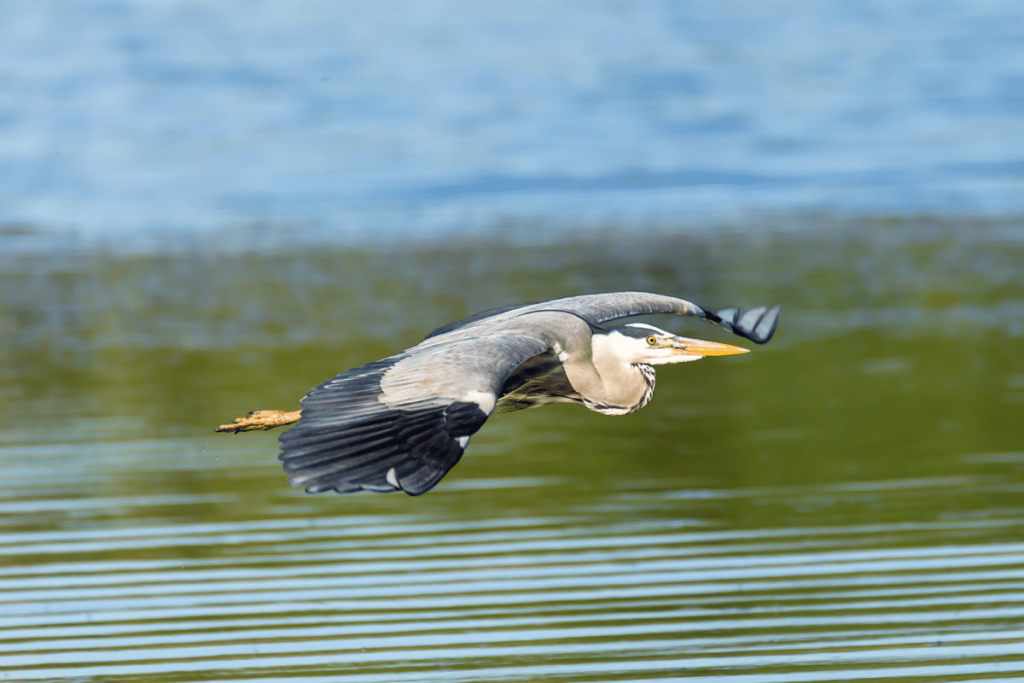 Since birdwatching has gained popularity, the word is often used interchangeably with the word birding. But they are not one and the same.

Birding was used as a term when the hunting or fowling birds with firearms first began. This means one must be actively seeking the bird and not passively observing it. The former is called birding while the latter is called birdwatching.

Birdwatching is a relatively gentle activity that has a slow pace. It is an enjoyable activity that can also be a hobby. Birding, on the other hand, isn’t always gentle and you are on the clock while you engage in it. But you are a birder whether you chase the bird or sit back and watch it peacefully.

This is why it is easier to make a case for birding to be a sport compared to birdwatching. It is a conventionally adrenaline-filled activity that is active and can be exhausting in the active pursuit of a bird, rare or otherwise. It is also a competitive sport.

But some others say that birding is just another aspect of birdwatching although it is a little more complex because there is more to it than finding and identifying the bird.

Birding can qualify as a sport more than birdwatching. But one could argue that finding the bird is also an adrenaline-filled moment and all the effort one puts in to get to that point makes it a tiring and incredibly rewarding moment. So, prize money isn’t the only thing.