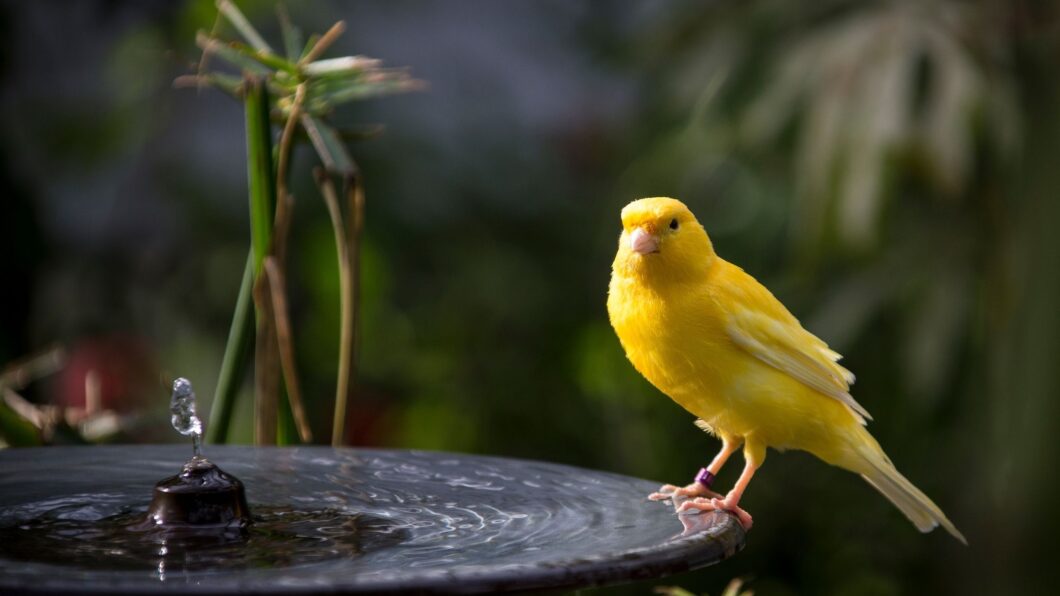 Are you afraid of wasps? You may be doing your best to keep the wasps out of the birdbath. Yet, you’ve failed several times. There are ways to keep them away, and if you’re ready, you can read the guide below.

Wasps are very distinguished among bees and butterflies. They are stinging insects that are parasitic and predatory. How scary can that be? They have mouths and antennae that comprise 12-13 segments. Only female wasps produce venomous and egg-laying stings. Mature wasps’ diet is mainly nectar, but in some species, they feed on the secretions made by larvae.

Quick Fixes to Get Rid of Wasps

If you are in a hurry to get wasps away from your bird bath here are the top products we’d recommend. 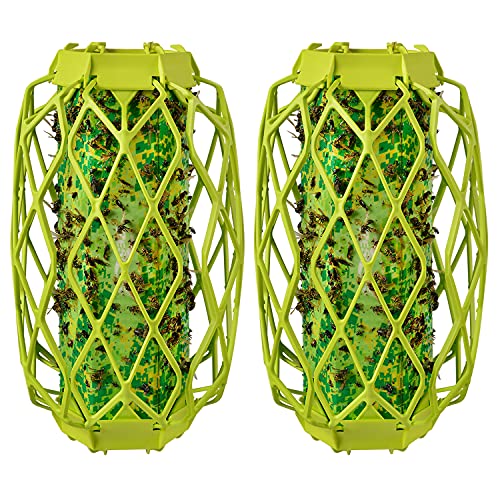 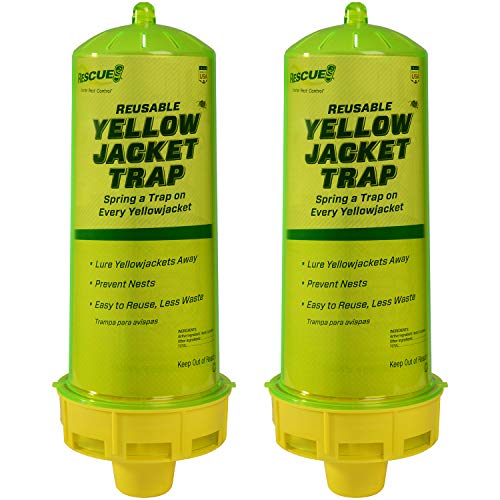 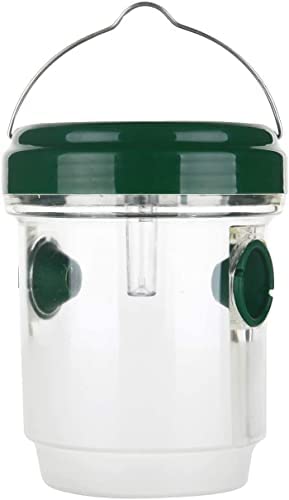 Nature Of Wasps: Solitary and Social 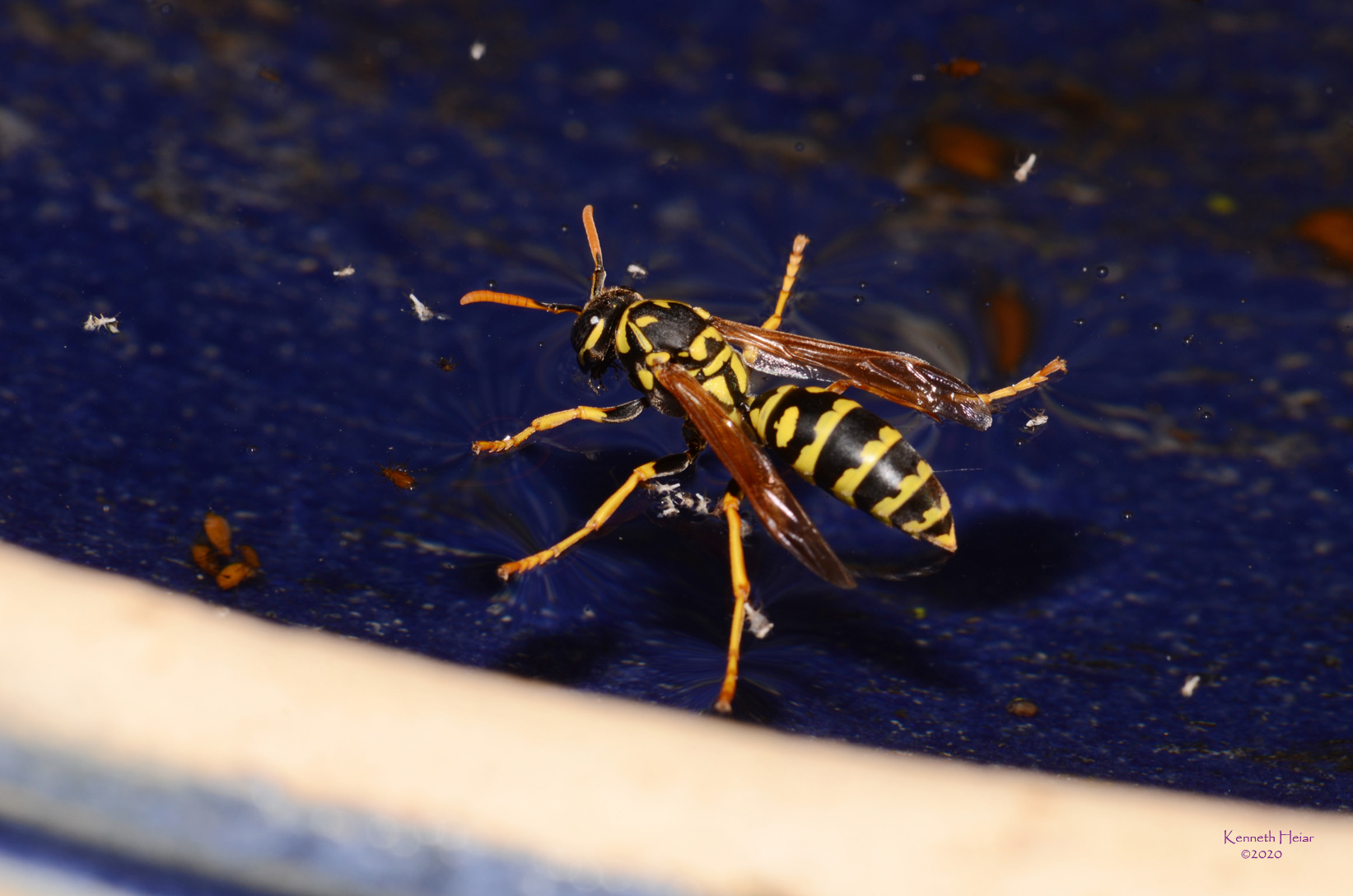 As you read along, you’ll know more about wasps. To better understand their behavior, this section will discuss how they interact and their special characteristics. These may help you predict their next course towards the birdbaths. Wasps have two subgroups; solitary and social wasps.

This group of wasps lives in solitary or independent nests. In return, they paralyze other insects like spiders. The egg-laying female wasp lays an egg in each section of the nest. The larvae will hatch and mainly eats the food in their cells.

The wasps that belong to this group are known to have a hierarchy. Social wasps have a lot of males and working females who lay eggs. The fertile female wasp becomes queen and lays its eggs that hatch to become one of the workers.

Why Do Wasps Hang Around My Birdbaths? 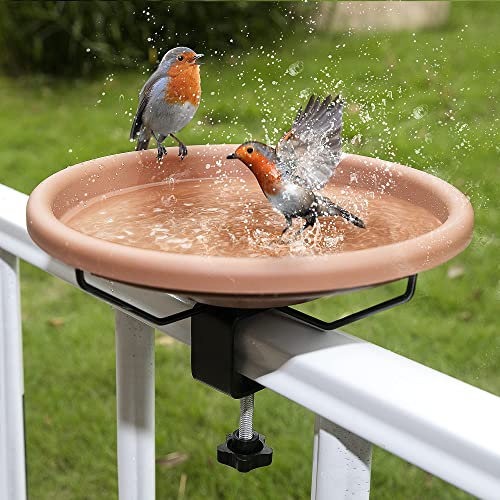 They may also be attracted to your birth bath because of its surroundings. Wasps are attracted to dirt, cracks, and holes around your yard. The wood holes of your house is a suitable egg hatching place for the wasps. Worker wasps may also bring in leaves and wood pieces to fill those in.

Solitary wasps will lay their choice of birdbath over anything since it can only provide for itself. Regardless of what’s around it, the wasp will do anything to survive on its own, so it’ll target your birdbath. For sure, it won’t be enough for that wasp and it’ll continue to build more nests.

Tips To Get Rid Of The Wasps

Wasps are attracted to a source of water; that’s why they go birdbaths. If you close the water source, the wasps will go away, as the birds. Here are 6 helpful tips on how you can deal with wasps feeding on your birdbaths.

The first tip is to use sauce feeders. Hummingbirds have long beaks, and they can reach the nectar from the saucer. Make sure to use the red ones because they are attracted to the color. Bees and wasps love the yellow color. Remember to replace the sugar water every other day.

Tip 2: Hang the Feeders in a Fishing Line

Next is, you can hang the feeders using a fishing line. That way, bees and ants cannot reach the birdbath.

You can put nectar tips. Nectar guard tips are used to keep bees and wasps away from the feeder so that the birds can get water.

The fourth tip is to move the feeders 3-5 feet away from their original position, unlike the birds.

The insects won’t find it easily.

Tip number five is to place a fake wasp. Remove all the active wasp nests to the area where you’ll place the fake wasp. Wasps are territory orientated and won’t go to an occupied nest.

Lastly, you can attract bees and wasps. Just place flowers that are rich in nectar. They are programmed to pollinate, which makes the flowers irresistible. These attractive flowers may include Fuschia and Trumpet vines.

Other Ways to Keep The Wasps Away 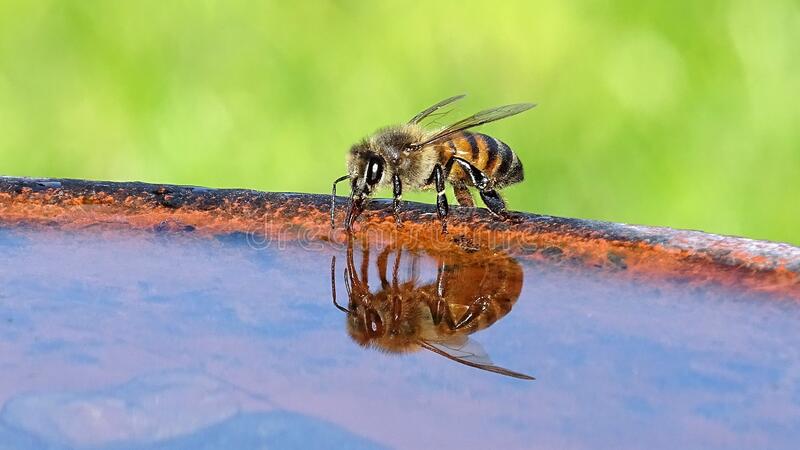 There are also other effective ways to draw the wasps away from the birdbath. The first is, let the wasps nest near your yard. Look for favorable areas far from the bat, like eaves and wood. Cardboards and gutters can also be ideal spots.

The second is to eliminate as many wasps as you can. You can use wasp spray to kill them. The lesser the wasps in your yard, the more they’ll be afraid to nest. If you want a less violent method, you can use dish soap as a trap.

No, wasps are not a threat to birds. It’s the opposite. Birds can harm wasps because they feed on them. Wasps also don’t mind being around birds, but they can be aggressive towards you.

How to keep them from building nests?

To fend off wasps from building and hatching their eggs in your birdbath, you need to the these; Clean your bird bath every other day. If the area near its location is also messy, it’s easy for wasps to make a nest. Next, set up a trap to kill wasps. You can use the dish soap method or bug spray.

How to keep them from nesting in your yard?

The wasps love to nest in your home if they see a suitable location. There are a few ways to keep them from nesting in your yard. You can read it below;

a. Fill in the cracks and holes outside your house.

The wasps love to fill in wood holes they see around your house. It’s best to repair those before it gets infested with wasps.

b. Clear any clutter around your house.

If stored boxes and cardboard are in your backyard, they see it as a habitat, so you need to clean up.

c.Fill the soil holes with ammonia mixture and soap with water.

Wasps will dig in any soil holes, so fill them with dirt, ammonia, and soap with a water mixture.

d. If you own a bird, clean the birdcage regularly.

If you have a pet bird, make sure to keep its cage clean. The seeds and fruits may attract insects like wasps.

e. Plant peppermint and marigold to repel wasps and other insects.

Another solution is to plant flowers that have a strong smell. These plants will surely repel insects.

f. Use bugs spray to kill the wasps.

There are store-bought insecticides. After cleaning, you may spray it all around the yard.

Getting rid of wasps may become a hassle if we know only a few tips. Knowing their characteristics and behavior will also help us determine their next move. Wasps are attracted to birdbaths because they want feeding and a place to lay their eggs.

Don’t hesitate to follow this guide and have a wasp-free bird feeder. Make sure to prepare some protective gear. Wear full clothes and show little to no skin. You may also wear a scarf to cover your neck. So, what do you say?