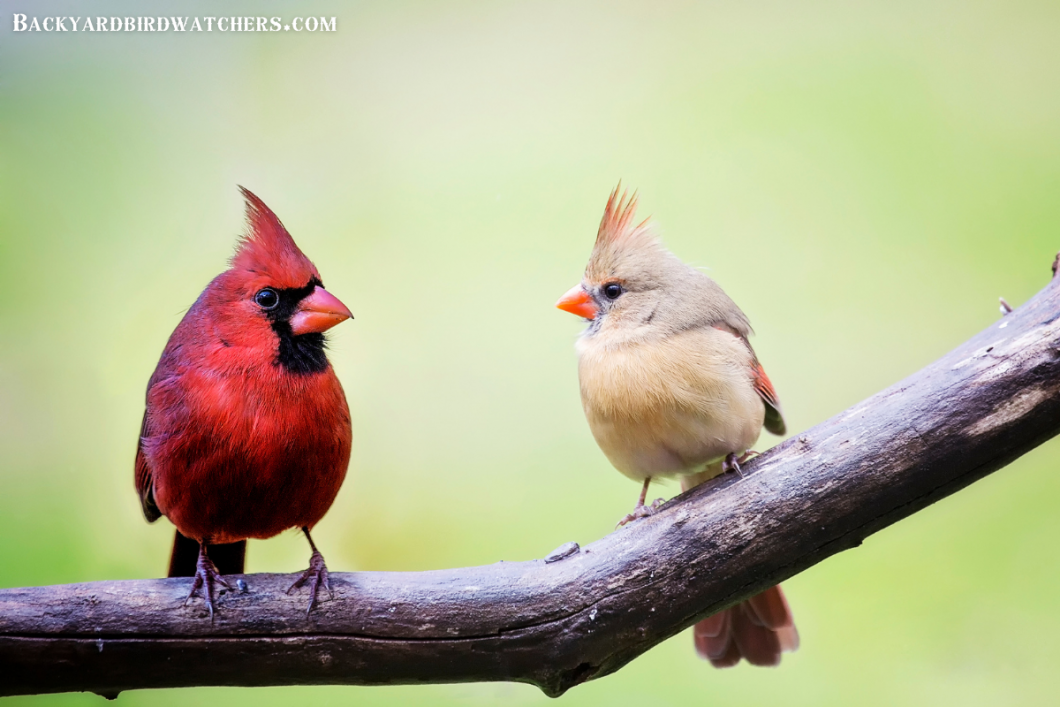 Male and female cardinals can vary in color, behavior, habitat, size, and more. It is very simple to differentiate them with the naked eye.  The Males are bright red in color, but the Females are a pale brown color. 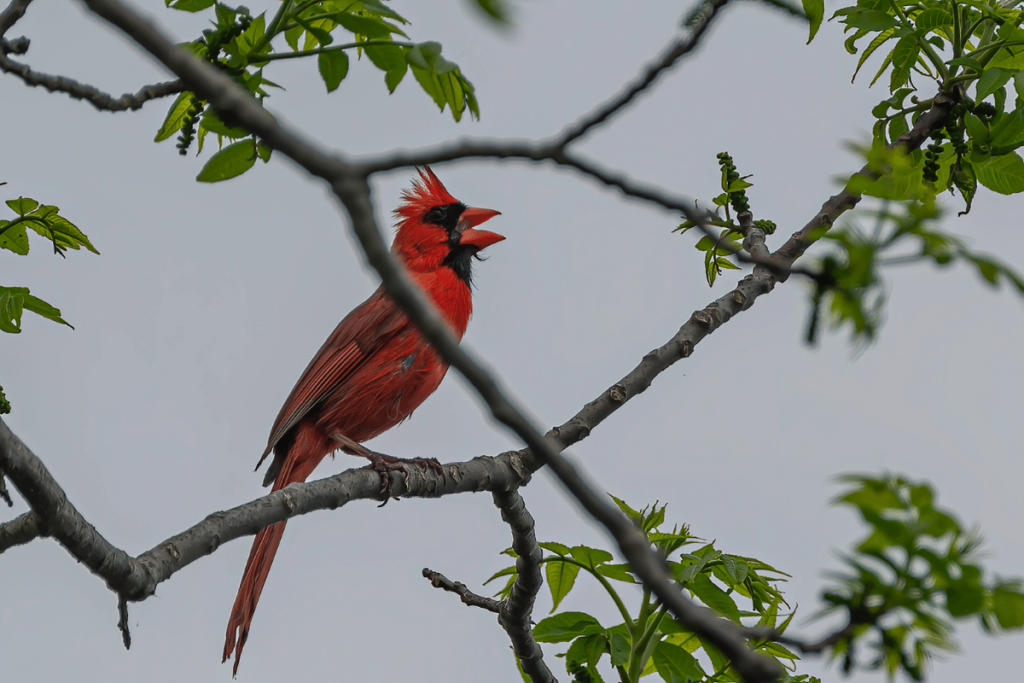 A new study has found that both male and female cardinals can sing, unlike most other songbirds. They also have different levels and abilities in singing.

Male cardinals sing aggressively to protect their territory from intruders, whereas females sing to attract their mates to bring food to their nestlings. A male cardinal sings with more fury and anger, while a female one sings more sweetly in a secluded area.

Cardinal birds are naturally omnivorous, and they usually digest a variety of seeds, nuts, leaves, and fruits. In particular, their favorites are sunflower seeds, corn, and different kinds of insects like flies, grasshoppers, and crickets. Wild birds, on the other hand, mostly prefer wild grapes and berries.

Male and female cardinals enjoy a monogamous relationship while fulfilling their specific roles and duties. Males drive away their rivals by singing and defending their families, and they are also the ones who find for their family. On the other hand, females nurse their eggs until they hatch. 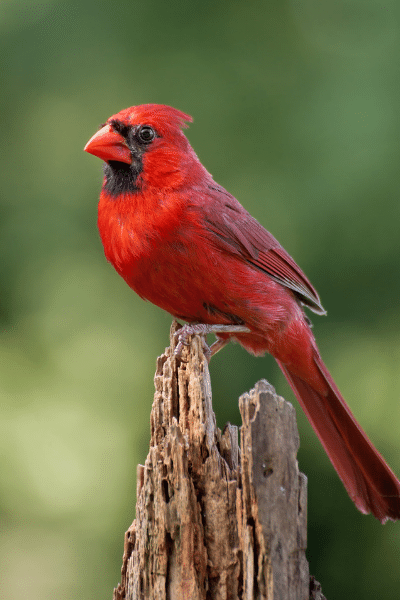 The male birds are colored red in their whole body. Their beaks have a tinge of red with a black-colored face around their bill. Since the female birds are attracted to their partner’s bright-colored, the more attractive they become to the females.

The wingspan of male and female cardinals ranges from 9.5 to 12.0 inches or approximately 25 to 31 cm, and the average is about 30.5 cm. During a male’s flight, the wings are extremely red, flying or not. On the other hand, the females only show pale red details when they are in flight.

The male tail is centimeters bigger than a female. Both male and female cardinals possess long red tails, but the males’ tail feathers are just darker in color. Male cardinals are difficult to spot despite having their bright red color. They usually spend their time in dense shrubs to hide their feathers behind the branches.

The female cardinals break twigs with her beak until it becomes bendable enough and then surround the twigs all over her body and push them into a cup shape using her body into the nest.  The nest has a few layers, usually four.

The female bird usually takes nine days to complete building their nests. The males also leave to bring food back for their families. Female cardinals are reserved and tend to stay mostly in their nests, and finally, they take six days to lay their eggs after the construction of their nest.

There have been extremely rare cases when Cardinals have been half male and half female. Even the coloration is split right down in the middle. A gynandromorph is any creature that is half female and half male, as known to scientists. More interesting is that many other animals and birds, including chickens and a few insects, have been seen as gynandromorphs. However, they are not common.

Cardinal birds are some of the most beautiful birds in the animal kingdom. They are known for their bright red feathers and beautiful songs! So, the next time you see a cardinal in your feeder,  take a moment to differentiate the male and female Cardinals.