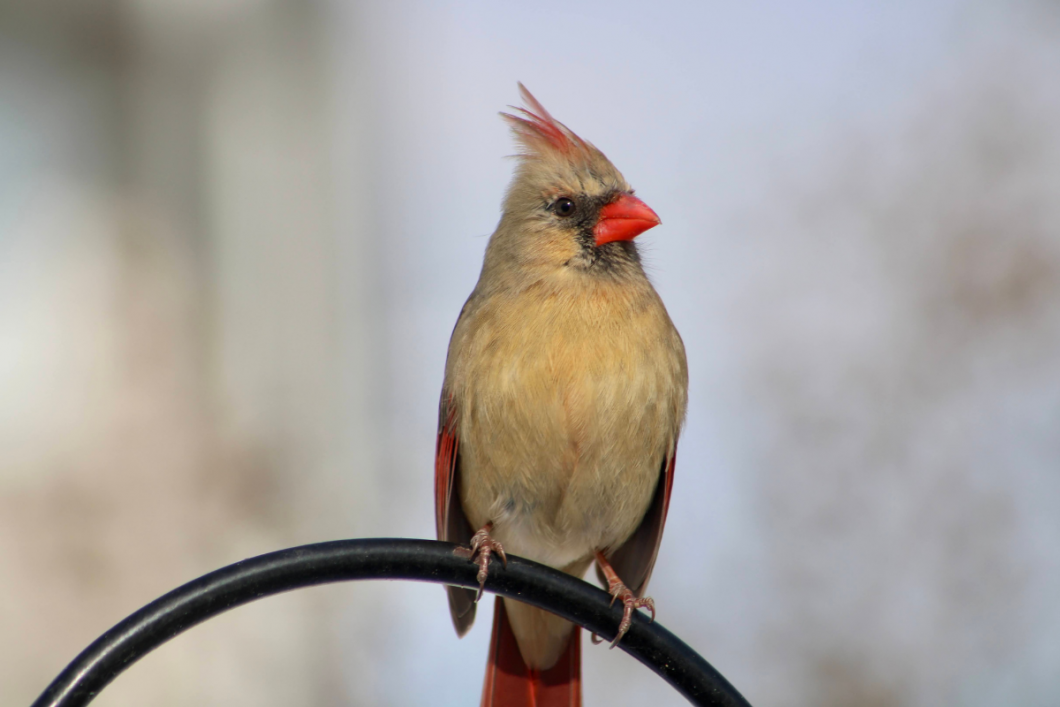 The female Cardinal looks very similar to the male, they are a larger crested songbird. A primary identifier is its short ,thick, red bill. The major difference between the male and female visually is the coloration. Females are a light brown color with hints of red accents appearing in the crest, cheeks, wings, and tail feathers.

When it comes to comparing female and male species the human and animal worlds differs quite a bit.  When it comes to men and women, women are usually the more beautiful and adorned gender. However, in the animal kingdom males are often more beautiful. Take for example the peacock, the male is one of the most extravagant creatures in the world with its magnificent tail feathers and iridescent greenish blue feathers all over. In a similar way Cardinal male and female specimens are quite different when it comes to coloration.

If you visualize a Cardinal you’re probably going to think of a bright red bird. Maybe even the graphic illustration used by the Arizona football team. Male cardinals have brilliant red feathers all over. At maturity you’ll notice the fieriness of the red being more intense at the face and breast of the bird and it will fade some as it  heads toward the tail feathers. 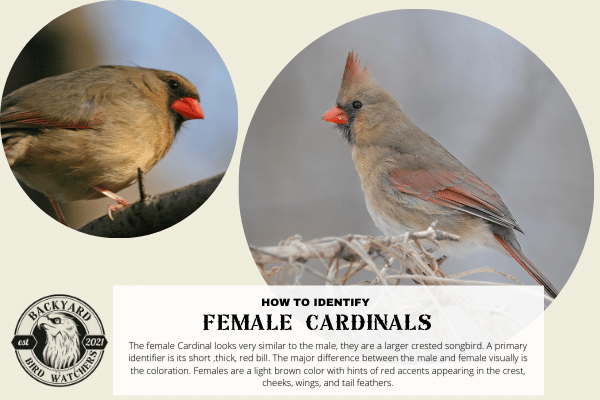