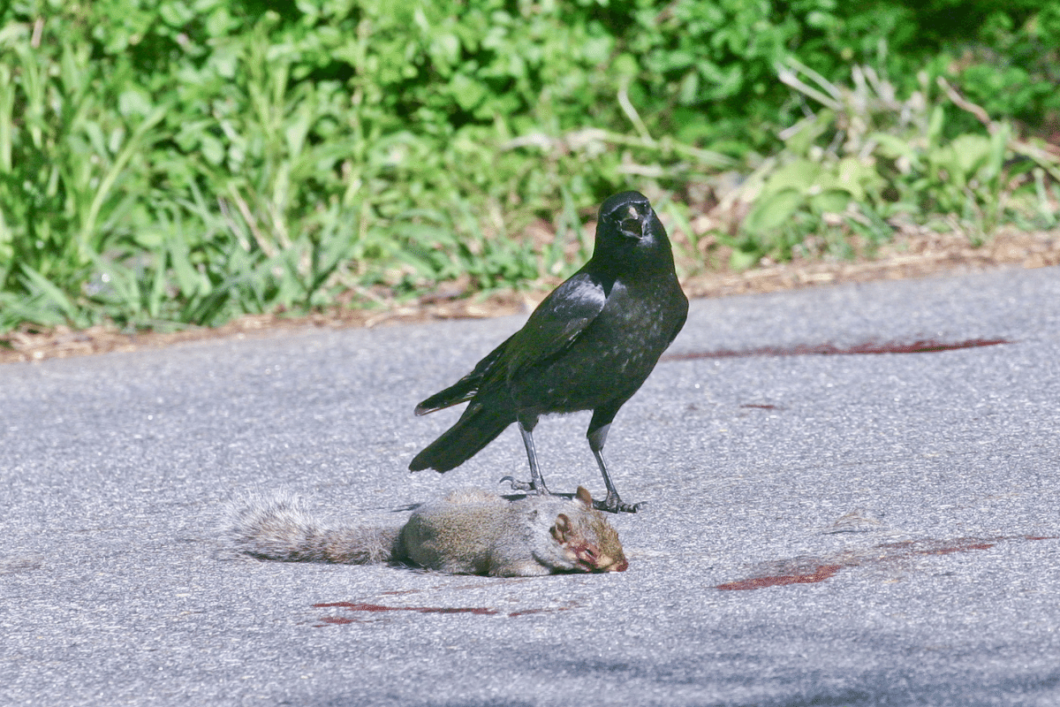 Maybe you’re wondering if crows eat squirrels, and you may not figure out the answer yet. Since crows are well known for being hunters and a scavenger bird, there’s no doubt that they might eat a squirrel. Read through this article to find out!

Yes. Crows do eat squirrels. Crows are omnivores, meaning they can eat anything from plants to meat. When there are injured or dead squirrels around, they make for an easy and convenient meal for hungry crows.

Squirrels as Prey to Crows

As mentioned, crows are well-known for their abilities as hunters and scavengers. Crows, while they can eat squirrels, will not have an easy time with them. This is because squirrels, unlike any other prey, know how to fight back.

A healthy adult squirrel isn’t viewed as prey by Crows, however young baby squirrels are. Crows will eat injured or roadkill as they are more scavengers than hunters.

Are Squirrels Terrified of Crows?

Squirrels, on the other hand, are not afraid of crows. Squirrels will not run or attempt to flee if crows pursue them. Instead, they attempt to retaliate. Adult squirrels, particularly mothers, know how to stand their ground versus crows and fight back.

How Do Crows Attack Squirrels?

Crows typically attack an animal in a group. Their gang is dubbed as “murder.” They use their beaks to peck at the squirrels, and when the squirrel becomes unconscious or gives up, they eat it.

They are not, however, brave enough to attack an adult squirrel. They target babies more frequently.

Do Squirrels Protect Their Babies?

Squirrels do protect their babies. Mother squirrels can be extremely dangerous to those who attempt to harm their young. They are fiercely protective of their offspring.

Mother squirrels also display aggression by flicking their tail back and forth. They do this most of the time when the baby squirrels make high-pitched distress calls.

As a result, a crow harassing a baby squirrel would almost certainly result in a serious problem. Unlike the rest of the prey that crows pursue, squirrels prove one of the most difficult to chase.

What Animal are Squirrels Afraid Of?

While squirrels are not afraid of crows, they can be scared by other animals. Owls are the correct answer to this question. Owls are the most feared predator of squirrels.

They hunt for food at night, like owls, so they usually contact each other. Owls, unlike crows, are birds of prey, with sharper claws and killer beaks for an instant kill.

They are also faster than crows, allowing them to catch even full-grown squirrels. Aside from owls, squirrels are terrified of other raptors such as hawks and eagles.

Squirrels, like crows, can be found almost anywhere in the world, except for Australia and Antarctica. It is important to note that their species determine their habitat.

Tree squirrels prefer to live in wooded areas because they prefer trees as their homes. Ground squirrels, as the name implies, live underground. They excavate underground caves and tunnels.

During the winter, some squirrels hibernate in those caves to keep warm. With a nearly identical location to that of crows, it is obvious that they frequently face each other. Crows are natural opportunists, so if they come across a squirrel, they will harass it.

Despite this, crows and squirrels share many characteristics. As a result, it may prompt you to ask:

Do Crows and Squirrels Get Along?

As intriguing as the idea is, the answer is simple – no, they don’t. Crows and squirrels are constantly interacting but never with each other, only with their kind. Their resemblance and attraction link the crow and squirrel.

While they share many similarities, they are, by definition, enemies and competitors. They fight for food and can even eat one another.

Squirrels can, in a sense, eat crows. Don’t be taken aback. It is more of crow eggs and nestlings that squirrels than crows themselves eat.

Squirrels, for example, are well-known nest raiders. They will eat both the eggs in the nest and the baby chicks.

As a result, if they see a crow’s nest with eggs and babies, they take it. Even so, a squirrel is unlikely to eat a baby crow. The only squirrels whose diet includes small birds are flying squirrels.

They would almost certainly go for the eggs.

What Other Food do Squirrels Eat?

A squirrel consumes one pound of food per week on average. While squirrels are well-known for eating nuts, it is not the only food they consume. Squirrels, like crows, are omnivores, which means they eat both plants and meat. Here are some foods that squirrels eat:

Which is Faster? Crows or Squirrels?

Despite their speed, these animals are unlikely to be involved in a chase. If a crow pursues a squirrel, the squirrel will fight back rather than flee.

What Other Predators Eat Squirrels?

Crows are one of the few predators that prefer the taste of squirrels. Aside from crows, squirrels face threats from other predators such as: 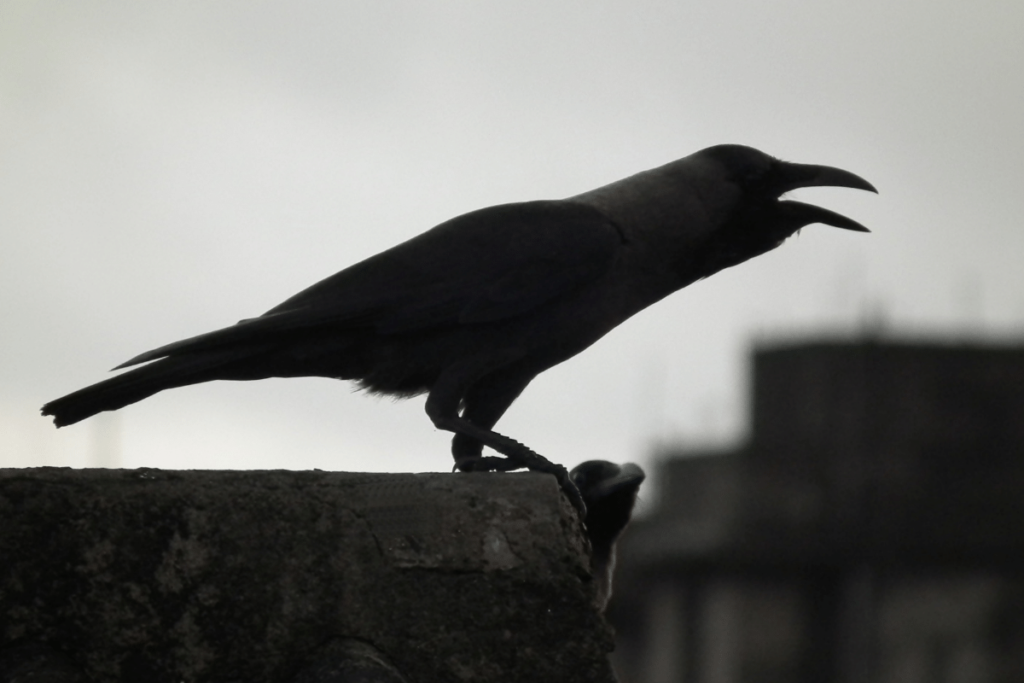 Don’t be surprised if you see a crow that is eating a squirrel. It is not uncommon for them to consume dead animals or prey on baby squirrels. Crows aren’t picky about which squirrels they eat, but if they kill one or find a dead one, they won’t deny eating it.

Crows can eat squirrels. When there are squirrels around, they make easy prey for hungry crows. Also, squirrels can be prey for crows, but they usually fight back. Crows may be successful in eating both baby squirrels and injured or dead adult squirrels.

Furthermore, because crows and squirrels share the same habitat, they interact frequently. Squirrels and crows may be related in some ways. Nonetheless, they are natural rivals and enemies, and they will not get along.