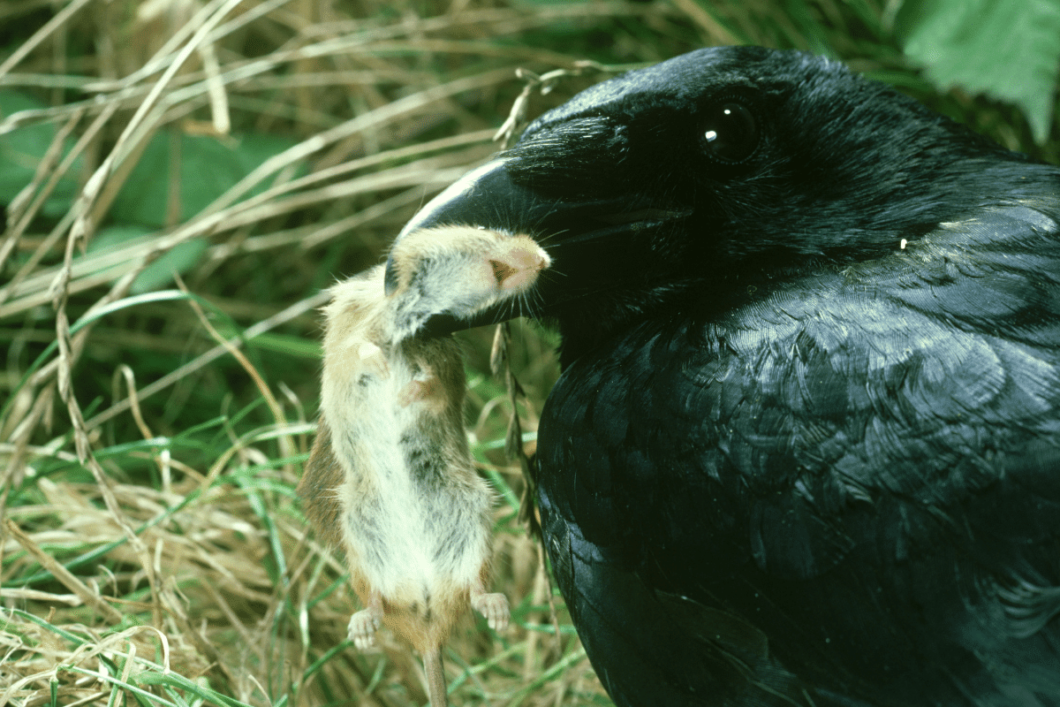 Maybe you’re wondering if crows eat rats and haven’t figured out the answer yet. Crows are scavengers and opportunists. With a variety of options, they would select the one that was the simplest and most readily available for consumption. To find out if crows eat rats, read the entire article.

Crows do eat rats and are omnivores known for their hunting and scavenging abilities. They eat a wide range of foods, from plants to meat. Rats contain meat and are typically seen running around from time to time. Crows, being opportunistic birds, would dive and consider a rat as a meal.

Do crows prey on rats?

Crows do, in fact, attack rats. It’s because they consider everything, especially small animals, to be potential food.

Crows, as previously stated, are opportunistic eaters and hunters. They don’t just eat anything. Furthermore, crows attack any living animal they believe they can kill.

In the eyes of a crow, rats are small animals that can be food. Additionally, rats appear to be incapable of harming them if they attack. As a result, any crow would attack a rat on sight.

Do crows hunt and kill rats?

While crows intend to attack rats, they do not actively seek them out. Crows are aggressively territorial. They tend to look for food only in the area that they consider to be their own.

As a result, they do not travel long distances solely to hunt and search for food. They will look for opportunities in their immediate vicinity. They will not search, kill, or hunt for rats if they do not see any.

However, if they see one, their natural reaction is to lower themselves and hunt for it.

Crows prefer rodents compared to other types of prey, and rats and mice fall into this category. But how do the two differ from one another? First, let’s take a look.

The Distinction Between Mice and Rats 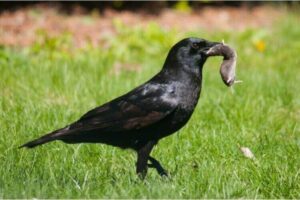 It’s difficult to tell a rat from a mouse just by looking at them. Nonetheless, rats and mice have characteristics that distinguish them from one another. The following are the key distinctions between the two:

Rats are larger than mice, and this difference becomes apparent as both animals grow. When compared to rats, mice have larger ears. Both animals can be white, brown, or gray, but rats are the only ones that can be black.

Because of their small size, mice are easy prey for crows, but this does not mean that rats are safe because they are larger. Despite their differences in size, rats and mice are both nothing more than potential food in the eyes of a crow. A rat is a prey to crows because it roams roads and farms while crows are looking for food.

What is the habitat of rats?

Rats can be found almost everywhere on the planet. These can be found in rice fields and farms. Rats can also be found near swamps and even in forests.

Brown rats are among the most common ones, and they can be found on boats as well as in homes and on the streets. These can also be found in sewers and passageways. With rats everywhere, it’s no surprise that crows will always hunt for one.

Like all other rodents, Rats do not live and roam in the open, at least not all of the time. They spend the majority of their time hiding in their burrows or other safe places. Even so, they must go out and look for food to survive.

That is when rats face a threat posed by predators, which includes crows.

How do crows catch rats? 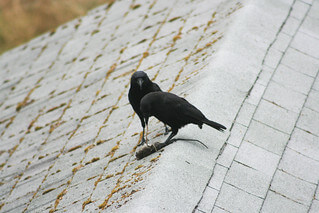 Crows are enthralling creatures. In contrast to other predators, they use their intelligence to hunt.

The reason for this is that they lack the killing tools that birds of prey have. Thus, they will use their intelligence to hunt rats.

When a crow sees a rat, it will descend and approach. Crows don’t have long, sharp claws to grab and snare the rat. What it will do is peck the rat, aiming for the base of its tail.

The crow will continue to do so until the rat slows and weakens. In most cases, the rats are fit enough to flee or move towards the crow.

A crow is cautious enough to jump back to avoid what appears to be a rat attack. They will peck at a rat until it dies if it becomes weak enough to flee.

If the crow kills the rat, it has two choices. The crow will either eat it on the spot or carry it somewhere safer.

The latter works if the crow hunts the rat in a dangerous area, such as a busy road. If potential competitors are nearby, it will do the same.

Which is faster, rats or crows?

If a rat tries to flee from the crow, the blackbird has the upper hand. A rat can reach speeds of up to 8 mph, while its predator, the crow, can reach up to 70 mph.

A chase is unlikely to occur between crows and rats because, after a few pecks, a rat will be too weak to run at its fastest.

How do rats protect themselves against predators?

Rats cannot fight off predators because they lack the necessary killing tools. Nonetheless, they usually use and display their teeth to fend off predators.

Their teeth aren’t strong enough to kill, but they can cause damage, especially to small predators. Fighting back in the case of crows, on the other hand, would be futile, especially if the crow hunts in pairs.

What other animals consume rats?

Aside from crows, rats have a plethora of predators to be aware of and avoid. Rats are preyed on by nature, and as such, they are constantly moving food that should be in their stomachs. While many other animals eat rats, these are the most well-known:

The birds of prey, also known as raptors, are first on the list. Raptors such as eagles, hawks, and owls can swoop down and kill rats with a single click.

Non-raptor birds, such as crows, can eat all types of rodents if they come across them. Herons and blue jays are among the others.

Giant lizards are well-known for their ability to hunt rats. Even so, when it comes to rats, snakes are first in the line of reptiles. It’s because rats are their primary food source.

Rats pique the interest of mammals as well. House cats are the most well-known of the species on the list. Nonetheless, most house cats do not eat mice.

Cats will play and kill one another. On the other hand, their wild counterparts are the ones who intend to kill for food, aside from domestic and wild cats, such as lions, tigers, and jaguars.

Because these animals are more visible, they require larger meals than rats. Even so, if they catch one, they won’t say no.

Canines can also eat rats. Domestic dogs are unlikely to eat one, but wolves, foxes, and coyotes will.

Crows do consume rats. They consume a wide range of foods, from plants to animals. Rats are meat and can be found almost anywhere.

As a result, they become potential crow food. As long as there are rats around, crows will attack them. Nonetheless, they will not look outside their immediate vicinity for one.

Rodents are on the crows’ food list. There are numerous YouTube videos of crows chasing and hunting rodents such as rats.

However, never feed poisoned rats or any other rodents to crows. Crows and other wild birds are killed by rat poison, according to research.