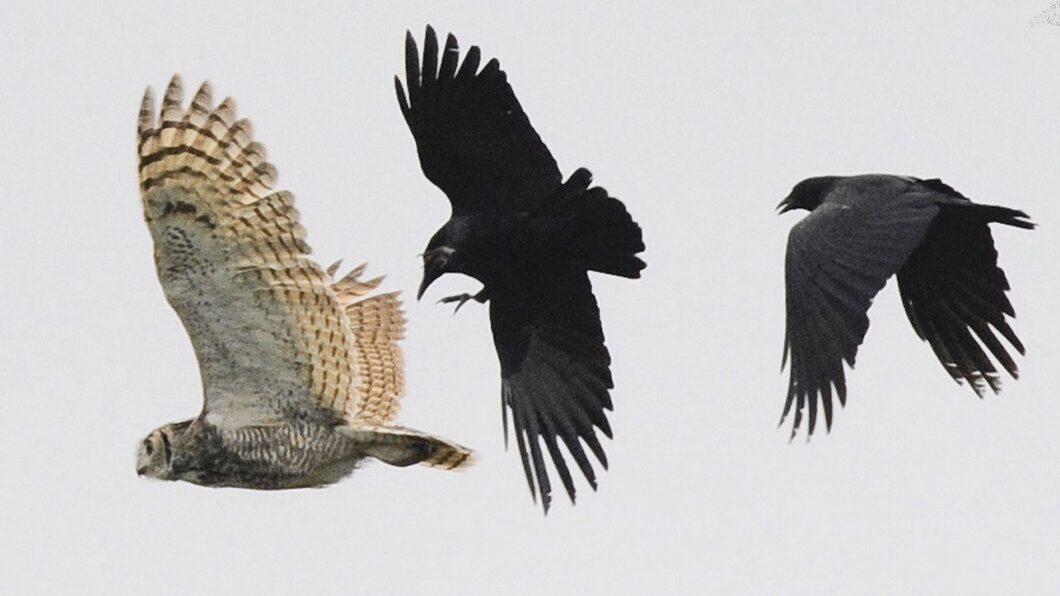 Crows and Eagles are two of the more popular birds in the world. You might see them on your favorite bird feeder, or you might even have seen them fly by as you drive down the highway. These birds are flying creatures, but they differ greatly in many different ways, specifically their flight. Now the question is, can eagles fly higher than crows?

To answer that, eagles generally fly higher than crows. They are known for their strong wings and powerful flight, and they have an excellent vision that enables them to see prey even when they are at high altitudes. To understand it better, let us dive into the differences between crows and eagles when flying.

How high can eagles fly?

Their ability to fly high, coupled with their keen visions and perfect eyesight, allow eagles to see their prey even from long distances. When they see their prey, these powerful flying birds will dive from the highest altitude and directly attack prey using their talons.

They commonly fly and dive at an average of 300 km per hour when attacking prey. On the other hand, eagles fly at 28 to 32 mph during normal soaring.

There are several reasons why eagles tend to fly at high altitudes. Some of these reasons include the following:

1. To survey the area for food

One of the main reasons why eagles fly high is to search the area for possible prey. Because they have excellent binocular vision, eagles can search for prey regardless of where they are and how they are flying.

Generally, eagles prefer to look for prey when they are at higher altitudes. Doing this gives them a wider vision of the entire area where they are.

Another major reason eagles tend to fly high is their migration purposes, especially during the winter season. During winter, eagles fly towards the south or to the coasts to survey areas where they can get food.

3. To obtain oxygen for oxygen circulation

Powerful and high-flying birds like eagles have larger lungs compared to other birds. They fly at high altitudes to consume the oxygen they need for proper breathing.

Because eagles have large lungs, they also have large hearts. With this, they fly at high altitudes to obtain more oxygen for their brains and hearts.

How high can crows fly? 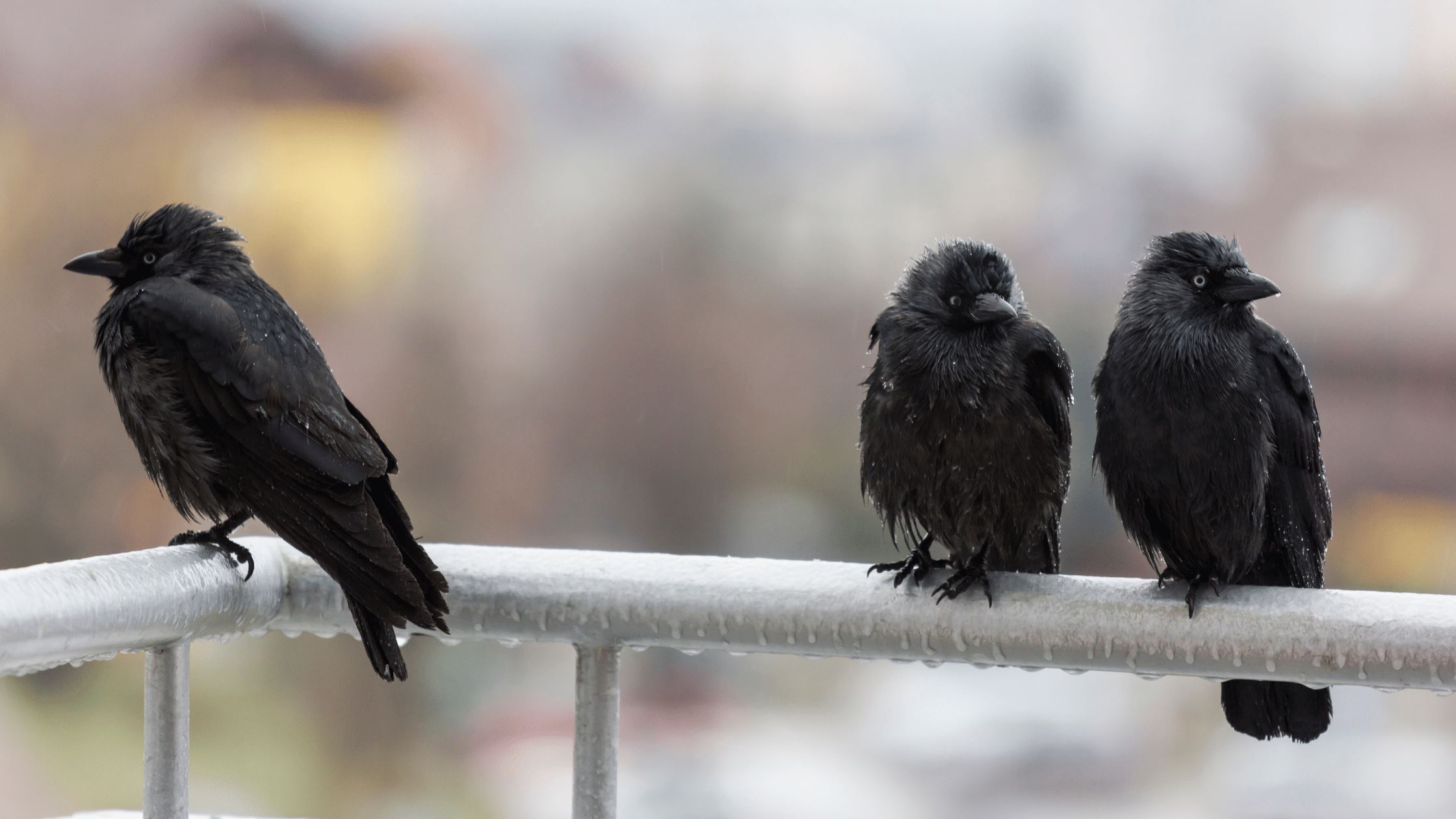 Crows’ heads are relatively bigger as compared to their bodies. This is mainly because these birds have larger brains. Because of their head-to-body ratio, their bodies are less streamlined, making them unable to reach higher altitudes when flying.

More so, when crows reach high altitudes, they get dizzy. Some may also faint because they cannot breathe properly.

At higher altitudes, temperature also increases. Crows do not have complex heat conservation systems that can help them survive cold temperatures at high altitudes. With this, crows cannot survive when they reach farther heights.

Eagles and crows are completely different in their flying capacity, speed, and wing sizes. While they are both birds of prey, how they catch their prey is also entirely not similar.

Generally, eagles are larger than crows. They have large beaks, muscular legs, and powerful talons, making them excellent hunters when searching for prey.

On the other hand, crows are moderately-sized birds. They have smaller bodies, and these birds do not have talons as powerful as what eagles have. 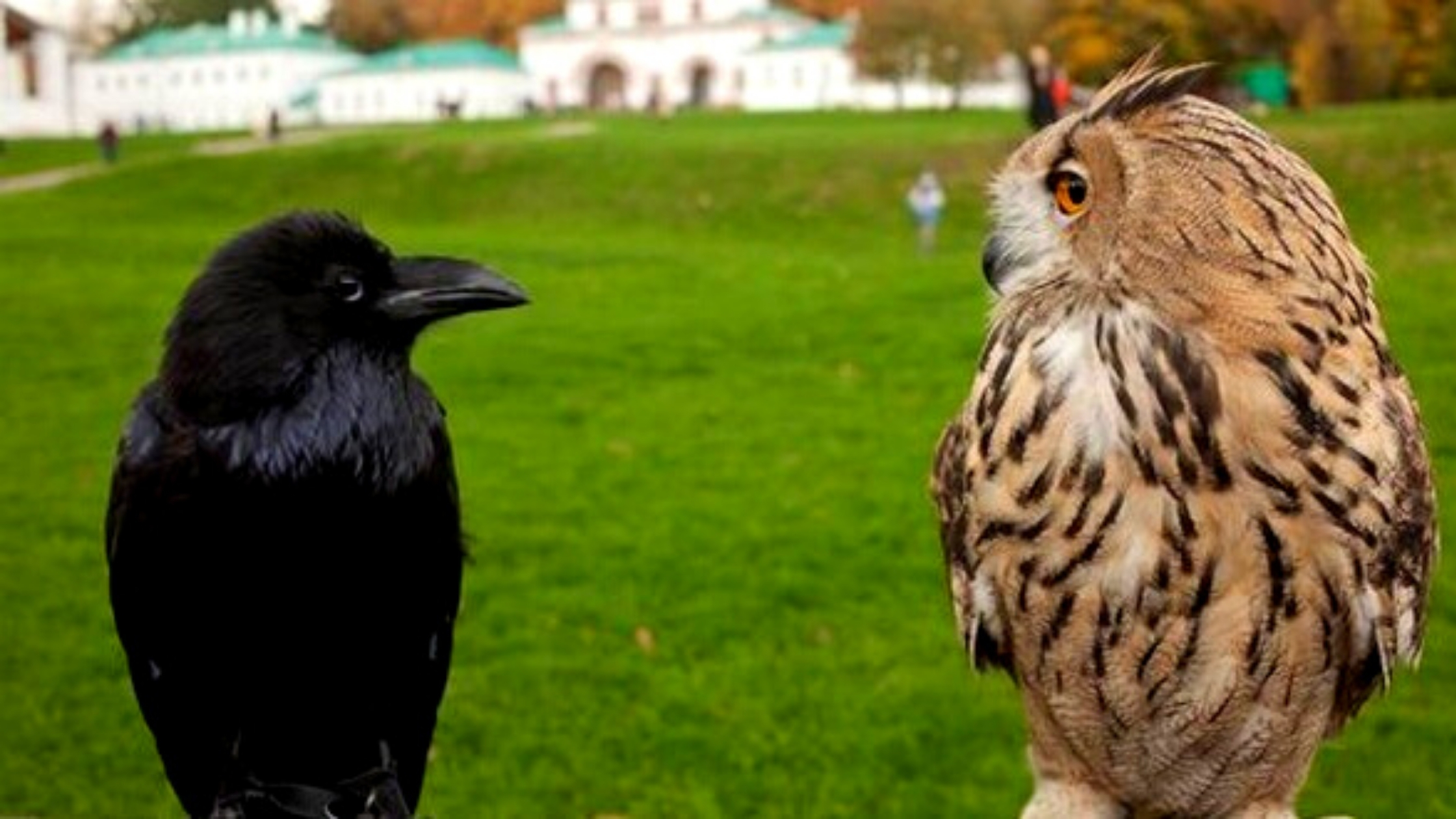 Eagles fly at speeds ranging from 28 to 32 mph during normal soaring. However, they can be faster when they are on their way to catch their prey. Eagles can glide with a speed of 200 to 300 mph when catching their prey.

On the other hand, crows can fly at 20 to 60 mph on average, soaring but reaching 70mph when they glide.

Eagles have broader wingspans than crows, which contributes to why they can fly at higher altitudes. The broad wingspans of eagles allow them to glide and dive faster when they are on their way to attack their prey.

Can a crow attack an eagle?

Crows can attack eagles even during flight and peck eagles in all directions. However, eagles do not fight back.

The main reason why eagles do not fight back when crows attack them in flight is that they don’t have good maneuverability when flying; eagles cannot hunt in the air.

So whenever a crow attacks an eagle, it just prepares itself to escape and fly at high altitudes.

Generally, eagles can fly higher than most birds because they are natural flying birds with broad wingspans. More so, they’re also hunting birds and can see prey even from multiple miles because of their excellent and keen vision.

However, eagles are not good hunters in the air, making them vulnerable to attacks in flight: This is the perfect timing for crows to attack them, especially near the crows’ nest.

Crows are moderately sized birds of prey that can attack eagles when they find reasons to do so. Although they cannot fly at high altitudes, they are also excellent prey hunters on the ground.