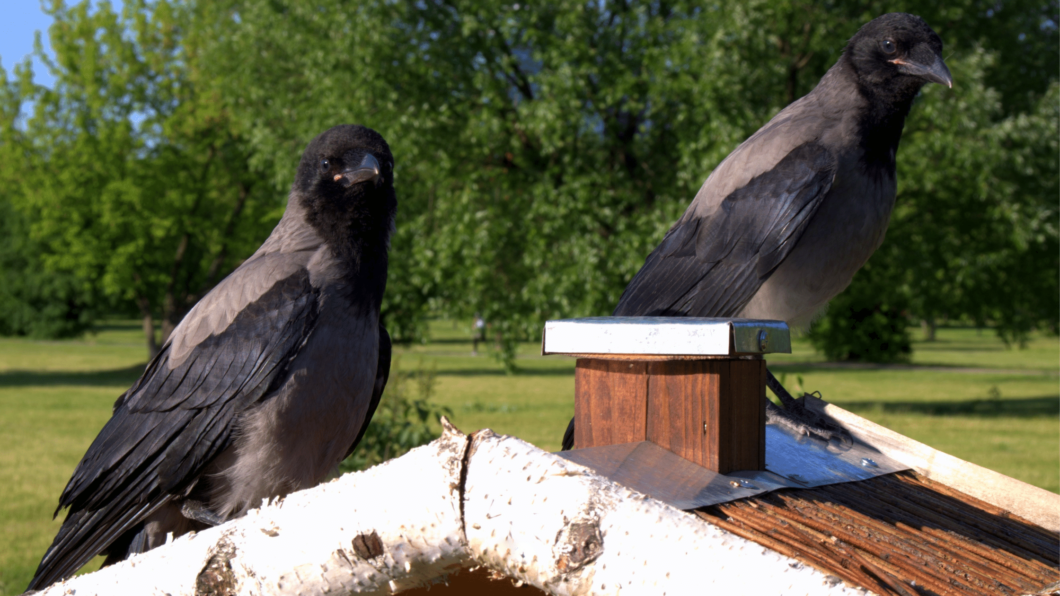 Canada is home to a diverse assortment of wild bird species. The entire province of Alberta, for example, is a wildlife preserve and among the country’s most pristine ecosystems. Almost all species of birds are protected here by the federal, provincial, and municipal governments.

But what do you know about Canada’s crows? These large birds are often considered scavengers or pests in most parts of the world. There are cases where they damage crops, fruit trees, attack pets, even humans as a protective mechanism.

The Crow’s main diet consists mainly of insects and small rodents; that is why their species is also necessary for population control of other small pests. They also consume a variety of other foods, such as grasses and berries.

Just recently, there has been a growing interest in protecting wild birds. However, you might still wonder, Are crows also protected? The simple answer is no, and it is because the province of Alberta follows the ruling set by the Migratory Birds Convention Acts which excludes crows from the list of protected migratory bird species.

This article examines the legality of controlling the crow’s population, whether for recreation or as a homeowner. To know more, keep scrolling below!

Is it Illegal to Kill Crows in Canada? 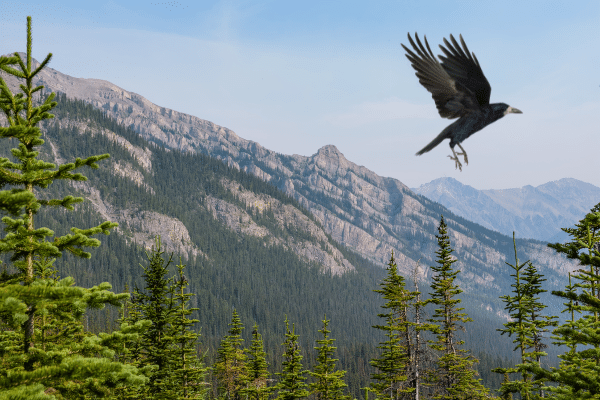 A few criteria define the protection given to wildlife species. The Migratory Birds Convention Act of 1994 protects migratory bird species that meet the following requirements:

The species of crows is not listed in Article 1 of the 1994 convention; thus, it is not considered protected. It means that killing crows in Alberta is allowed and will not require permits. However, a person should still observe the local laws and moral responsibilities accompanied by the method used for killing.

Alberta specifically allows landowners to kill crows that pose a risk or threat to crops and fruit trees. Gunning through the use of shotguns or rifles is the preferred method for eliminating these migratory birds. Possession of a gun may require separate permits. Make sure to consult with the local authorities.

This method, though preferred, should be used only on farmlands and other areas where other people are not present. As the direction of missed bullets can’t be controlled, which may harm other persons’ lives.

Killing crows by the use of poisonous substances contaminating waters, on the other hand, is prohibited by the law. The use of toxic bullets and arrows with poison is also restricted, especially for game hunting.

Can I Shoot a Crow in my Backyard in Canada?

The answer here will depend as the State laws, and local regulations may differ from those set out by the federal government. Certain practices, such as shooting to eliminate crows, may even be prohibited by some municipal legislation.

The management of a specific residential may also have different regulations on using a gun within the residential premises. Thus, it will always be safe to consult first before making a decision.

Furthermore, you should also make sure that you know how to identify a bird before deciding to shoot a bullet. It is because many birds may share similar physical characteristics even though they come from different bird species.

Being aware is important as you may not want to accidentally shoot a protected migratory bird because you have mistaken it for a crow. It is particularly a hassle as this might lead you to face fines and other legal consequences.

Other methods, nonetheless, may still be used to address a crow problem. The use of frightening devices may be a good option to scare the unwanted crows away from your backyard.

Removal of crows’ nests or food sources may also be a smart and effective way to lure them away without necessarily harming them.

Even if it’s not against the law to kill crows in Alberta, local officials must decide whether or not it is permitted in their region.

If you’re unclear on how to manage your bird issue, it is recommended that you avoid the use of guns to control crows. And besides, there are a lot of other alternative options for nuisance bird management besides killing them.

It is also important to be knowledgeable in the species of birds protected by the law and those that are not. You can check with state wildlife officials to learn about the act’s laws and restrictions for more information.

“Can I shoot a crow in my backyard?” you might wonder. Start by asking yourself if this bird is a crow or other species? Is it allowed to kill a crow in our local or residential area? If not, then you might consider resorting to other methods to be sure.

After all, the costly penalties are enough punishment to make it unwise to take the risk.

(Visited 148 times, 1 visits today)
can I shoot a crow in my backyard crow hunting